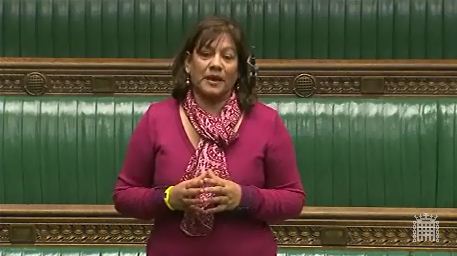 On Thursday 15th December 2011, Valerie asked the Leader of the House of Commons, the Rt Hon Sir George Young MP to intervene to bring an end to discriminatory charges for the Ring and Ride bus service.
Valerie said:
“My constituents who use Ring and Ride have to pay £1.20 for each return journey they make, whilst people over sixty who can use scheduled bus services in the West Midlands travel for free. It is clearly an unjust situation that people with disabilities should have to pay, when able bodied people travel for free.”
“People with disabilities are in a difficult position. They voted for the introduction of charges because they thought they would otherwise risk losing the service. Now they are worried that they will lose the service because so many fewer people are using it.”
“I have written to the Chief Executive of Centro, Geoff Inskip and the Secretary of State for Transport to raise concerns that Ring and Ride charges result in discrimination against pensioners with disabilities.”
“As the Secretary of State for Transport was unable to intervene, I have now raised the issue in the House of Commons. The Leader of the House has said that he will look into this matter. I hope that pensioners with disabilities will be given the same access to free public transport as their able bodied counterparts.”