HomeNewsValerie attends A Taste of Bath and North East Somerset

Valerie attends A Taste of Bath and North East Somerset 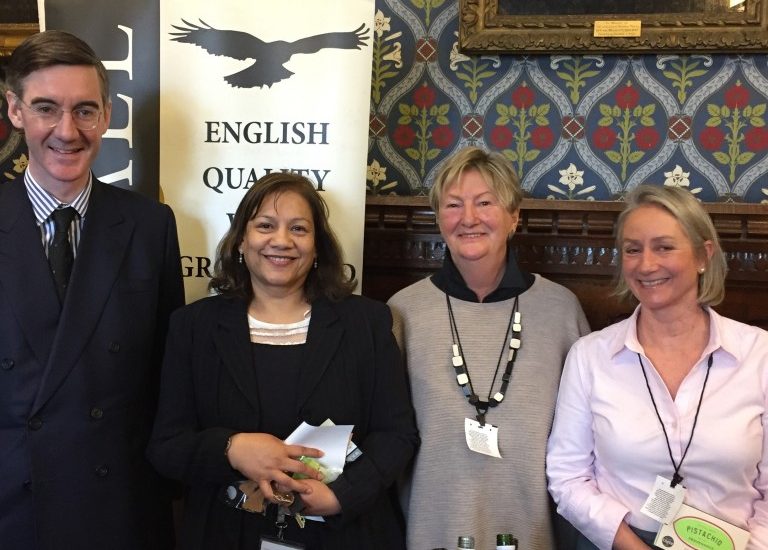 Bath and North Somerset came to the Jubilee Room in the House of Commons on Tuesday 7 March 2017 hosted by local MPs Ben Howlett MP and Jacob Rees-Mogg MP (left).

I met Jacky (second to the right),who is the owner of Wraxall Vineyard, who started her business 10 years ago when she retired. Wraxall Vineyard won Silver at International Wine Challenge 2016 and is aiming to becoming Somerset’s premier vineyard. I also met with Jane (right) the owner of Pistachio Provenance which sells premium pistachios grown by a co-operative of dedicated pistachio growers in Greece. The pistachios were full of flavour and had a beautiful pink colouring.

In the picture below I am with April Collins, owner of The Leafy Tea Company, who started her business after GCSEs. April had an interesting selection of organic artisan teas and infusions, ethically sourced and made with whole-leaves. April decided she wanted to offer the new blends of tea as she could not find the combinations in local shops.

I also met with the owners of Megs Cottage who sell homemade fudge supplied to over fifty shops, outlets and businesses and was another that successful business in the area. I also tasted a selection of award winning cheeses made from an organic dairy farm in Bath.