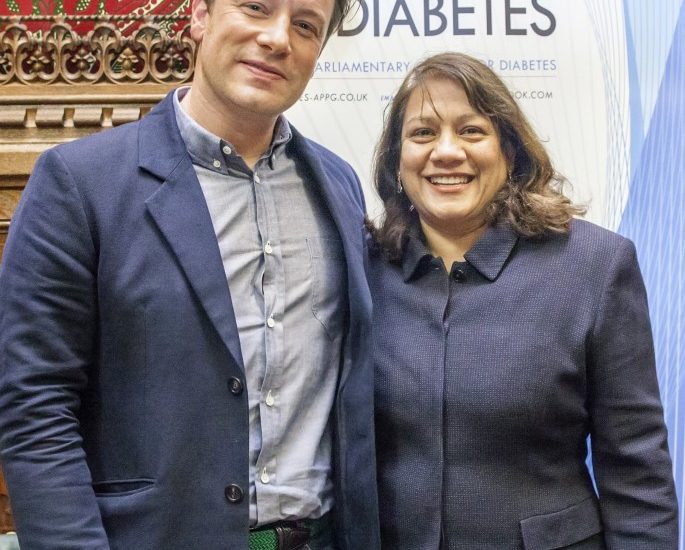 I attended the parliamentary meeting with Jamie Oliver on 19 October 2015 hosted by the All Party Parliamentary Group (APPG) on diabetes.

In the last Parliament I was a member of the Health Select Committee which discussed the issue of a sugary drinks tax. The Committee published a report “Impact of physical activity and diet on health.” In March 2015. In the Report at Page 51 paragraph 123, the Committee recommended:

“We also received a considerable number of submissions calling for the introduction of fiscal policies to promote healthier diets, notably taxes on sugar, or specifically on sugar sweetened drinks. Using taxation to influence food choices is controversial. As an earlier Health Committee noted in its 2004 inquiry on obesity, the notion of taxing unhealthy foods is fraught with ideological and economic complexities. However, the written evidence we received suggests that there is a strong interest in at least exploring the possibility of using fiscal measures to incentivise healthier food choices. Professor Nick Wareham cited the example of Mexico: ‘There is evidence from countries like Mexico of a 10% taxation on sugar sweetened beverages giving rise to a 10% reduction. I am not suggesting that these are instant fixes or that the evidence base is perfect, but at least it ought to be talked about.’”

I have also signed a petition to Parliament calling on the government to “Introduce a tax on sugary drinks in the UK to improve our children’s health.” The petition states that: “Experts believe a tax of just 7p per regular-sized can of soft drink with added sugar could generate £1 billion per year. We believe this crucial revenue should be ring-fenced to support much needed preventative strategies in the NHS and schools around childhood obesity and diet-related disease.”

I was disappointed that the Government responded to the petition saying that they have no plans to introduce a tax on sugar-sweetened beverages. I consider it important that we keep up the pressure. You can add your name to the petition here

The petition has already reached nearly 150,000 signatures, well over the 100,000 threshold that must be reached to bring the issue before Parliament. It will then be considered by the House of Commons Petitions Committee. The Committee is able to recommend that petitions be debated in Westminster Hall. If the Petitions Committee decides that a petition should be debated in the main House of Commons Chamber, it will take that request to the Backbench Business Committee.