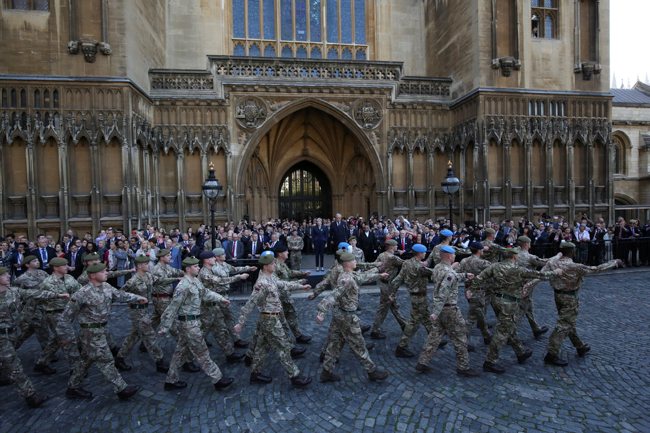 I attended the welcome of  soldiers who have bravely served the UK. The All-Party Parliamentary Group for the Armed Forces invited 120 soldiers who have recently returned from operation overseas to march into Parliament on Wednesday 10 October 2018.

Accompanied by a band, the troops marched from Wellington Barracks to the Houses of Parliament. The soldiers attending a reception in the House of Commons and had a tour of both houses.

In 2016/17, UK forces were deployed on over 20 operations in more than 25 countries, including countering Daesh, Countering Boko Haram in Nigeria, Afghanistan, NATO missions in Europe and Humanitarian/Peacekeeping operations.

Taking the salute was the Prime Minister, Leader of the HM Opposition and James Gray MP. 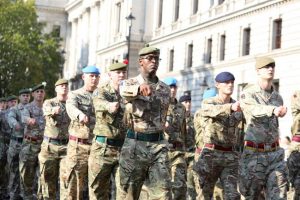