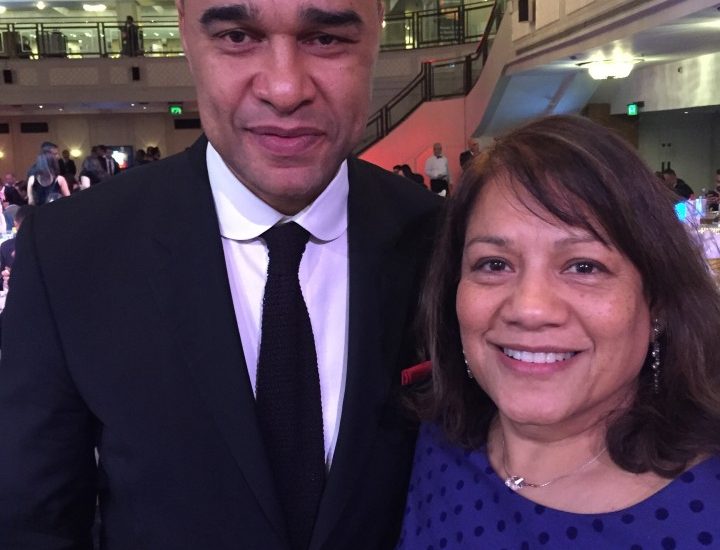 On Saturday 6 February 2016 I attended the British Ethnic Diversity Sports Awards, where I met Paul Elliott, CBE who was given a special award.

I was a guest of the Khalsa Football Federation at the Awards, who I have been working with to help increase BAME (Black, Asian & Minority Ethnic) participation in sport at a grassroots level, creating a network of community development and sport centres across the UK.

Many sports stars were present including Frank Bruno, Denise Lewis and Kris Akanusi. It was good to see sporting excellence from Olympians and para-olympians.