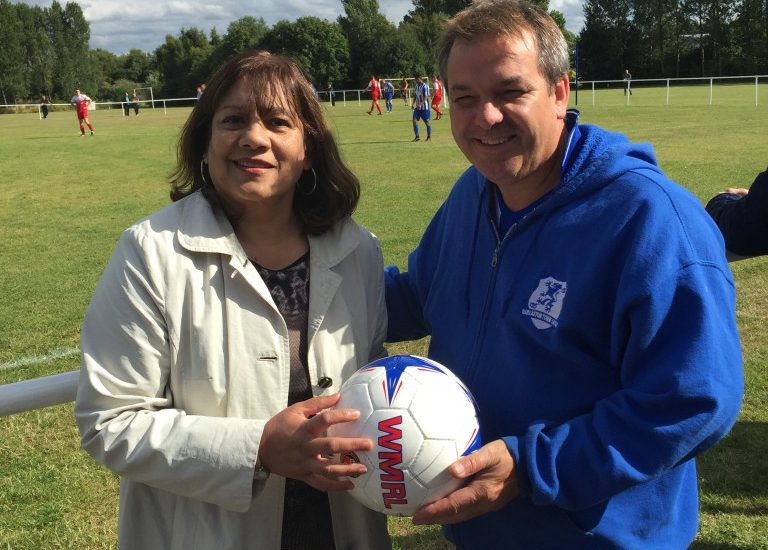 A sunny Saturday afternoon on 15 August 2015 at Bentley Pavilions was the perfect setting for the first home game for Darlaston Town 1974 FC. Kington Town scored first but such was the spirit of the home team that a goal from Sammy Giles gave the home supporters a memorable 1-1 draw for their first game.
The home supporters leaned against the newly painted railings to cheer on DarlastonTown 1874 and offered some advice to the team. I’m not sure if they heard but after half time with heads up they had some creditable shots on goal particularly after the equaliser. The heat took its toll on the players.

Neil Chambers has done a fantastic job to get the club to this stage. He has a group of support volunteers who keep the club going off he pitch and on the pitch the team with some young players did exceptionally well to hold Kington Town to a draw.
In the photo I’m holding one of the balls that was used during the match. This is the website to find out the matches for the season to come along and cheer the team.
Further information on Darlaston Town FC is available at www.pitchero.com/clubs/darlastontown1874fccic