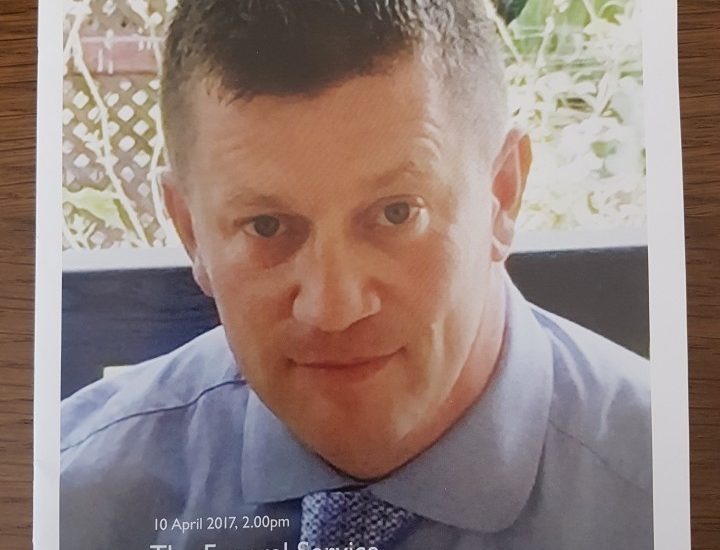 I attended the funeral service of PC Keith Palmer 1968-2017 at Southwark Cathedral on 10 April 2017 to remember PC Keith Palmer who was stabbed whilst on duty and protecting Parliament.

The service was conducted by The Dean of Southwark, The Very Reverend Andrew Nunn. The Cathedral was filled with Members of the Police Service who came to pay respects to PC Keith Palmer who died in the terrorist attack that took place in the Palace of Westminster on 22 March 2017. Chief Inspector Neil Sawyer told us Keith was a Charlton Athletic fan and at the match they crowd sang “there is only one Keith Palmer”. that the victims died in the shadow of the clock that counted the minutes, hours and years of our lives. He also said to remember that love will win over hate. It was a fitting service to a public servant who we heard was an exemplary Officer. Below is the Order of Service:

It was a great tribute to a Police Officer and also to a family man and someone who had spent his lifetime of work for their country.