On Wednesday 24 November 2021, we welcomed home service personnel involved in Operation Pitting in Afghanistan. 120 soldiers were invited by James Gray MP and the APPG for the Armed Forces. The procession was held in New Palace Yard.

The Prime Minister spoke first and was followed by Mr Speaker Sir Lindsay Hoyle MP and Lord Speaker Lord Reid. Colleagues attended from both Houses and there was a great turnout to greet them in the House. 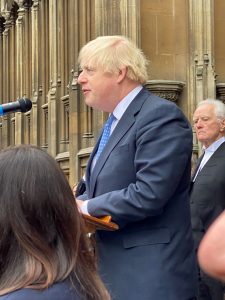 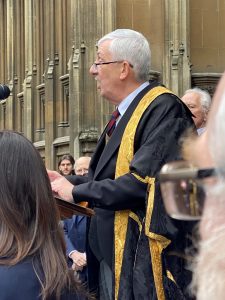 Later in Westminster Hall we had the opportunity to speak with those who helped us in the evacuation of Afghanistan. With Lisa Cameron MP and two members of our armed forces we heard the extraordinary lengths they went through to ensure people were evacuated and kept safe. 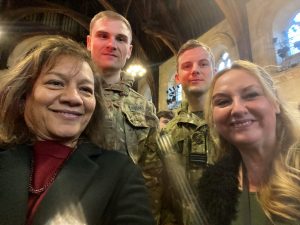