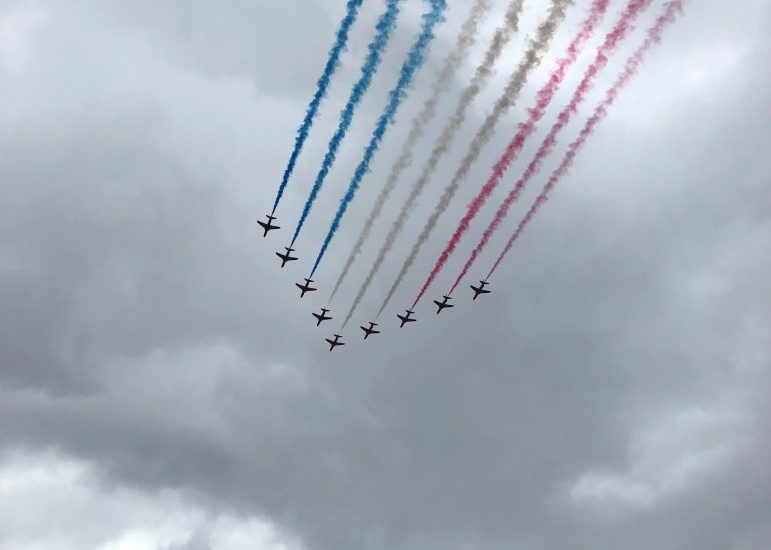 On 10 July, one hundred days after the RAF’s official 100th birthday, I attended the RAF flypast where up to 100 aircraft flew over Buckingham Palace.

The aircrafts represent the RAF’s history across the generations. The range of aircraft included the iconic Spitfire, the Hercules, the workhorse of Britain’s tactical military air transport, and the Red Arrows (pictured above).

At Business Questions on 12 July 2018, on behalf of the Opposition, I wished the RAF and all who have served in it a very happy 100 year anniversary.

The picture below shows Britain’s new fighter jet, the Lightning, flying in a 100 formation. 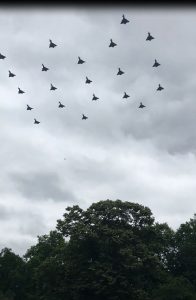