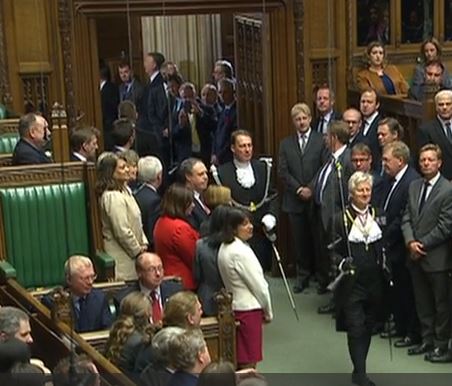 I always find the State Opening of Parliament is an interesting day. It is the ceremonial event that marks the start of the new Parliament as I get back to work.

The Queen read out a speech in the House of Lords which is written for her by the Government of the day setting out its policies and plans for legislation. You can find today’s Queen’s Speech here.

The Queen arrives in Parliament and puts on robes and a crown before leading a procession to the House of Lords. The doors of the House of Commons are then slammed shut to symbolise its independence before an official called ‘Black Rod’ strikes the doors three times and summons MPs to the House of Lords to listen to the Queen’s Speech.

The tradition stems from events at the start of the English Civil War in 1642 when Charles I came to Parliament to try and arrest 5 MPs he accused of plotting against him. They had already escaped and the Speaker of the day bravely refused to say where they had gone.

Since then, no monarch has entered the House of Commons and although the monarch is the head of state, effective power rests with Parliament which is democratically elected.

There is a view that Parliament’s traditions are seen as an anachronism in a modern democracy but in my view this one celebrates political freedom by highlighting the failure of an attempt to curb the rights of Parliament.