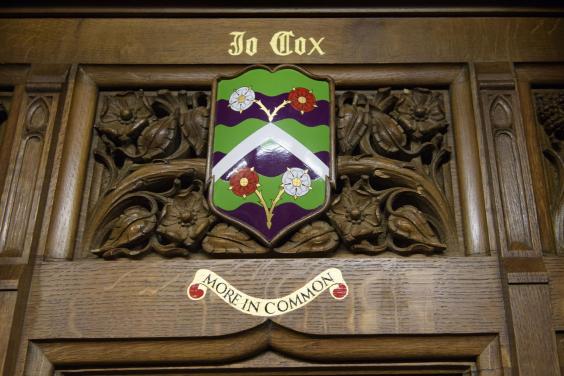 Jo Cox was a talented and valued colleague and friend. It was an honour to attend the unveiling of a memorial plaque in the House of Commons on Saturday 24 June 2017, near the one year anniversary of her murder. The plaque is a permanent reminder of Jo’s campaigning zeal, energy and love for humanity.

The plaque features a coat of arms that Jo’s children helped create, and the motto ‘More in Common’, inspired by Jo’s maiden speech in the House of Commons in which she said ‘we are far more united and have far more in common than that which divides us’. This plaque is a fitting way to commemorate the values that Jo lived and worked by.

On 16-18 June 2017, thousands of events took place to celebrate Jo’s memory in the spirit of national unity known as the ‘Great Get Together’. Jo’s family and friends came up with the initiative which included a wide variety of street parties, picnics and gatherings in churches, mosques and synagogues.

In recent months, with a series of terrorist attacks in London and Manchester, and the tragedy at Grenfell Tower, the nation’s resilience has been tested. The ‘Great Get Together’ was a fantastic opportunity for all communities to come together and Jo’s plaque will forever be a representation of everything that unites us.

Brendan Cox’s book ‘Jo Cox: More in common’ is available to buy now. All royalties will go to the Jo Cox Foundation.