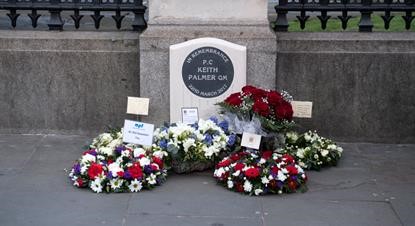 At 10 Downing Street, I attended the unveiling of the memorial stone for PC Keith Palmer on 20 February 2019.

PC Palmer was tragically killed as he protected Parliament from a terrorist attack on 22 March 2017. The memorial stone which was commissioned by the Police Memorial Trust has now been installed at its permanent location outside Carriage Gates at the Palace of Westminster (above). A separate plaque has also been installed within the Palace of Westminster near to where PC Palmer confronted his attacker (below).