We Are Walsall Unity Celebration 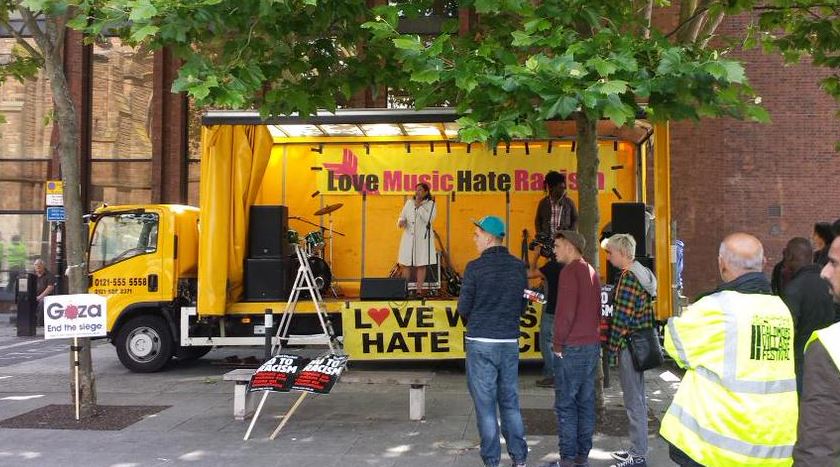 WE ARE WALSALL organised a unity celebration near St Pauls at the Crossing on Saturday 15 August 2015. There were speeches and musical interludes.

I met and spoke to some of those who attended and they were from a broad range of political views. From the stage I said that we must continue to work for social, economic and political justice. Many people face racism and discrimination every day. We must all be allowed to practise our religious beliefs and to continue the fight for unity and diversity in Walsall.

It was heartening to see people from all the faiths. The Revd Canon John Barnett from St Chads Pheasey led the Minute’s silence to commemorate VJ day which was preceded by the bugle call, the Reveille. The Revd Barnett then said the Kohima Tribute:

There were many people who stopped by in the square and registered their support for this Celebration of Unity.