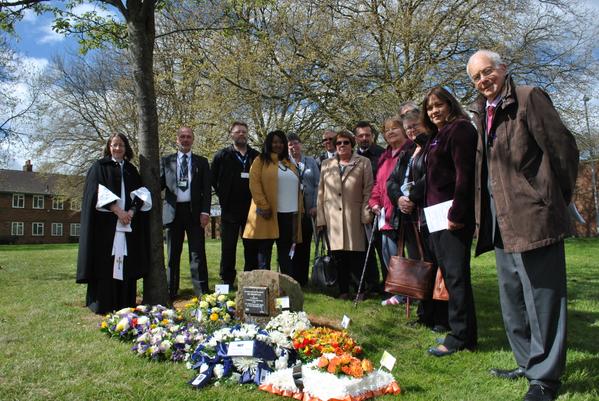 “Today I attended a service held in the grounds of St Matthew’s Church to remember those who have died or been injured at work or through work related incidents.”
“This service was also attended by Labour Parliamentary Candidate for Walsall North David Winnick. Representatives from various unions including the NUT, NASUWT, Unison and the GMB laid wreaths for those who dies or were injured at work.”
“There was also a wreath laid for the children who died in the Aberfan disaster. This was a disaster in 1966 when 116 and 28 adults were killed after rock and shale suddenly started to slide downhill in the form of slurry covering the village of Aberfan including the classrooms at Pantglas Junior School.”