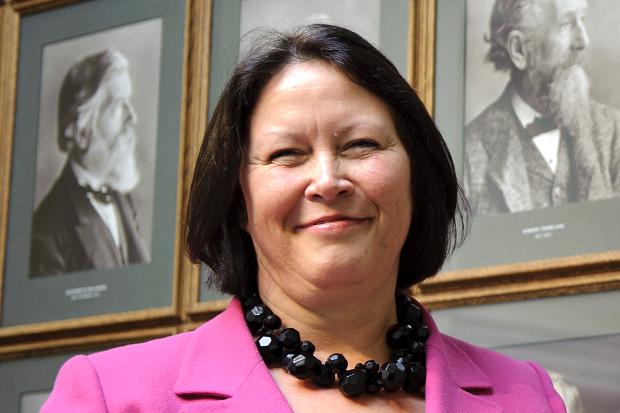 Valerie hosted a Parliamentary Event on Tuesday 10 June 2014 to celebrate the tenure of Professor Lesley Yellowlees as the president of the Royal Society of Chemistry (RSC). The event followed the release of the RSC report into chemistry education in schools. The event was also an opportunity to discuss and reflect on diversity in science.
Valerie Vaz MP said:
“I was delighted to host a Parliamentary Event for Professor Lesley Yellowlees to celebrate the end of her 2 year term as the first woman president of the Royal Society of Chemistry (RSC). Professor Yellowlees’ work for the RSC has included the public engagement of science and the promotion of women in science. Before Professor Yellowlees became president of the RSC her research focused on dye-sensitive solar cells and pioneering the field of spectroelectrochemistry.”
“The Event was attended by people from academia, the private sector, learned societies and NGOs. Those who attended work across a range of protected characteristics, including gender, disability, ethnicity and sexuality. Increasing diversity in science is an issue I have raised in Parliament on numerous occasions. STEM subjects – Science, Technology, Engineering and Maths – are important to the growth of the UK. It is important that all children have a chance to reach their full potential. Professor Yellowlees is a wonderful example to children, to young girls in particular, who are interested in studying science.”
“The RSC released a report titled: ‘Inspiring, engaging and expert: the formula for world-class science and chemistry education’, which identifies the disparities in the provision of specialist science and Chemistry teaching across the UK. The UK is falling behind its international competition and I support the RSC’s recommendation for every post-14 chemistry student to be taught by a chemistry-specialist teacher.”
Valerie has tabled an EDM on the achievements of Professor Lesley Yellowlees which can be found here: http://www.parliament.uk/edm/2014-15/129
The RSC report: Inspiring, engaging and expert: the formula for world-class science and chemistry education, can be found here: http://www.rsc.org/images/specialist-teacher-report_tcm18-240681.pdf