HomeNewsValerie raises the EU referendum at Leader of the House

Valerie raises the EU referendum at Leader of the House 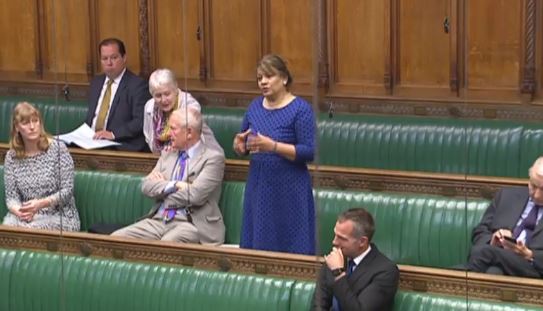 The Leave Campaign for the EU Referendum did not provide the country with a strategy to guide the UK to an exit out of the European Union. At Leader of the House on 30 June 2016, I called for clarification on the next steps following the vote on 23 June 2016.

Valerie Vaz MP: That is why we need an urgent statement on the unit that has been set up following the referendum. We need to know whether there are sufficient numbers of civil servants and sufficient expertise, and what their work programme is. After all, treaties are going to be unravelled.

Chris Grayling MP: We will keep the House informed, clearly, but that work has only just started. We are assembling the team at the moment. We have appointed the man who is going to lead it, and the Government will keep this House informed as we move forward. The Prime Minister made a very full statement on Monday—only three days ago—and he will be back in this House next week. Obviously, we will want to make sure that Members have every opportunity to question us about what we are doing.