HomeNewsValerie calls for debate on the Local Government Settlement.

Valerie calls for debate on the Local Government Settlement. 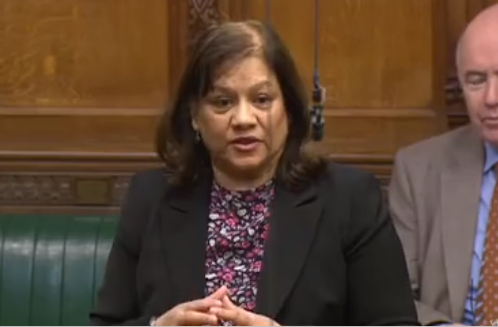 On Thursday 11 February 2016 I asked the Leader of the House about the £300m transition funding for local authorities. It is a scandal that the Prime Minister’s own local authority in Oxfordshire will receive £9m from the new £300m transition fund and 83% of this fund will go to Tory-run councils, mostly in the affluent shires. The £9m given to Oxfordshire comes just a week after the Prime Minister’s mother and aunt signed a petition against cuts to Children’s Services in the County.

At Questions to the Leader of the House I asked: ‘if I can show I am related to the Prime Minister, will I get money for libraries and Sure Start centres in Walsall?’ I called for a debate on good governance, because we need to know whether Ministers took into account relevant considerations and the reasons for the decisions for that settlement.

Walsall MBC has recently consulted on cuts to services for 2016/16 including social care, street cleaning, weekly refuse collections and the closure of Pleck and South Walsall Libraries after its grant was cut by £8.6 million. The Council has to find a further £80m of cuts in over the next three years. Cuts of this scale will inevitably have a significant impact on public services.

Neither Walsall MBC, nor any other Council in the Black Country were on the list of local authorities receiving new money. In the West Midlands, only Staffordshire will receive £5.56 million. The decision has not been taken on the evidence of need.

When the motion on the settlement was put to a vote on Wednesday 10 February 2016, I voted against. The results were: Ayes:315 Noes:209. The motion was passed with the less well off local authorities losing from this settlement and the those in the shires gaining.