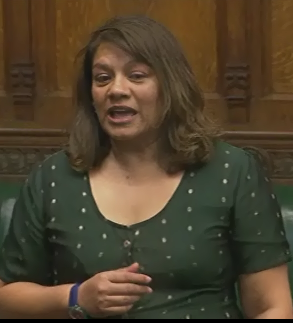 “Sunday trading regulations help support small businesses by allowing them to open for longer than the larger stores over the weekend. The Government has been sending confusing messages about their plans to extend the relaxation of Sunday trading restrictions beyond the end of the Olympic and Paralympic games.

“The Secretary of State for Communities and Local Government told the Daily Telegraph on the 11 August 2012 that he is “willing to take a long, hard look at different trading patterns” during the Olympic and Paralympic games. This is at odds with the Prime Minister’s confirmation that Sunday trading laws would only be relaxed for the games period.

You can read Valerie’s question and the Secretary of State’s response here.