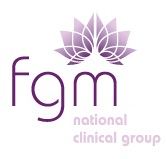 On 21st September 2011 Valerie spoke at a Female Genital Mutilation National Clinical Group conference in Birmingham, and called for politicians, professionals and communities to work in partnership to bring an end to the practice of female genital mutilation (FGM).

“The aim of the conference was to encourage partnerships between healthcare professionals (including midwives, obstetricians, nurses, and public health professionals), community workers, policy makers, police and others so they can work together to identify women and girls who are at risk, support those who have already suffered, and prevent the practice of FGM.  I was pleased to participate in the conference.

“The Government estimates that 80,000 women and girls in the UK are at risk of female genital mutilation.  This includes 24,000 girls under the age of 15.  The World Health Organisation states that these procedures have no health benefit.  Female genital mutilation is often carried out on very young girls and is recognised by the World Health Organisation and Amnesty International as a violation of the human rights of girls and women.

“In my view this is an important public interest issue, as so many young women are being physically and emotionally damaged.  There can be serious complications with pregnancy and childbirth if a woman has undergone FGM.”

On 15 September 2011 Valerie raised the issue of prosecutions with the Parliamentary Under Secretary of State (Women & Equalities), Lynne Featherstone MP.  The Minister said that the police investigated 58 cases in 2009-10, but none so far has come to prosecution.  The exchanges can be read by clicking here.

The Crown Prosecution Service issued new legal guidance about FGM on 7 September 2011. It can be read by clicking here.

FGM has been illegal in this country since 1985.  Ann Clwyd MP introduced a new Act in 2003, which made it illegal to take girls who are British nationals or permanent residents of the UK abroad for FGM whether or not it is lawful in that country.  It also made it illegal to aid, abet, counsel or procure the carrying out of FGM abroad.  The maximum penalties were increased.  However there have been no prosecutions.

The Home Office website contains information on FGM, including information on who to contact if you are worried that you or someone you know is at risk.