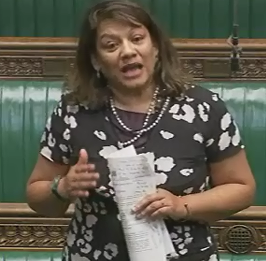 “Sunday trading regulations help support small businesses by allowing them to open for longer than the larger stores over the weekend. The Government has been sending mixed messages about their plans to extend the relaxation of Sunday trading restrictions beyond the end of the Olympic and Paralympic games. If they do decide to proceed with this policy, it could affect the viability of many small businesses. They play a key role in local communities.”

Valerie also called for assurances that retail staff, the unions, the Churches and the Association of Convenience Stores be included in any future consultation that may be held on Sunday Trading.

You can read Valerie’s question and the Secretary of State’s response here.