HomeNewsValerie calls for Parliament to be recalled

Valerie calls for Parliament to be recalled 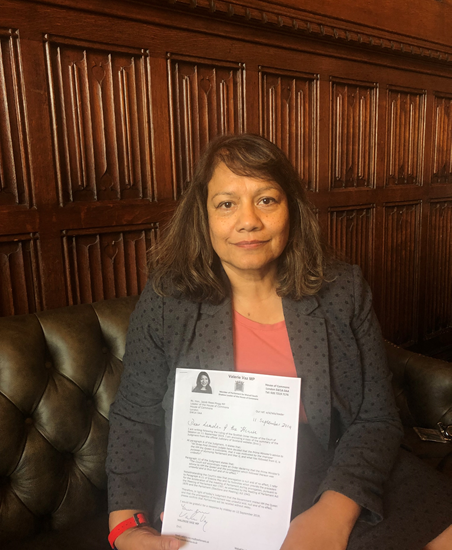 The Government prorogued Parliament on Monday 9 September 2019. Prorogation marks the end of a parliamentary session. It is the formal name given to the period between the end of a session of Parliament and the State Opening of Parliament that begins the next session.

Prorogation between sessions of Parliament typically last less than a week. This prorogation will last five weeks until a new Queen’s Speech is delivered on 14 October 2019. HM Opposition opposed prorogation at this time as it is an affront to our democratic principles. The Government is attempting to avoid scrutiny and force through a disastrous no-deal Brexit.

On Wednesday 11 September 2019, the Government’s decision to prorogue Parliament was ruled to be “unlawful” by the Scottish Inner House of the Court of the Session.

The Judgement states that “all three First Division judges have decided that the Prime Minister’s advice to the HM the Queen is justiciable, that it was motivated by the improper purpose of stymying Parliament and that it, and what has followed from it, is unlawful.”

The Judgement concludes that “the Court will accordingly make an Order declaring that the Prime Minister’s advice to HM the Queen and the prorogation which followed thereon was unlawful and is thus null and of no effect.”

The Court has deferred a final decision on an interdict to the UK Supreme Court which will hold a hearing on Tuesday 17 September 2019. You can read the Inner House of the Court of the Session’s Judgment here.