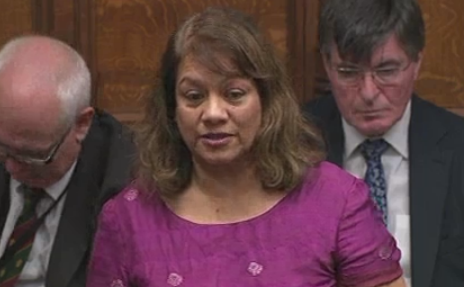 On Wednesday 23 October 2013 Valerie Vaz MP asked the Secretary of State for International Development to encourage Burma to join the UK Government’s Preventing Sexual Violence Initiative.
Valerie asked:
“What contribution her Department is making to the implementation of the Government’s Preventing Sexual Violence Initiative.”
The Secretary of State for International Development replied:
“The UK will co-host a call-to-action event in November with Sweden, which will focus on protecting women and girls from all forms of violence in emergencies. That work builds directly on the G8 Foreign Ministers’ declaration on preventing sexual violence in conflict, which was led so ably by the Foreign Secretary.”
Valerie followed up :
“In Burma, reports of rape and sexual violence against women by the army have increased. Given the level of aid that we send to Burma, will the Secretary of State encourage the Burmese Government to sign our declaration and ask her colleagues to raise the matter in Europe and at the United Nations?”
The Secretary of State for International Development replied:
“The hon. Lady makes a powerful point about what is happening in Burma. Aung San Suu Kyi is in the country and I will be meeting her today. I will be sure to raise those issues with her. I am sure that she takes them as seriously as this House.”
Link to the Official Report:
http://www.parliament.uk/business/publications/hansard/commons/todays-commons-debates/read/unknown/57/