HomeNewsValerie calls for rethink on Health and Social Care Bill

Valerie calls for rethink on Health and Social Care Bill 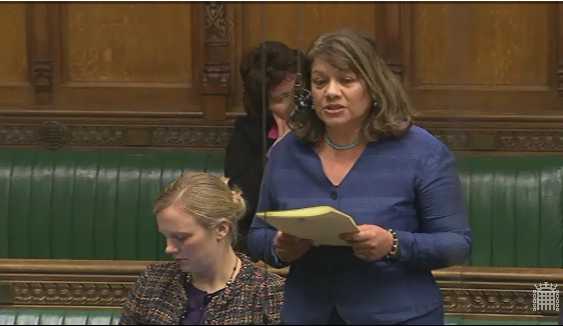 During a Commons debate on 13 March 2012 Valerie opposed the Health and Social Care Bill and called on the Government to abandon its reorganisation of the National Health Service.

Valerie said:
“If the Bill was so good in the first place and so necessary, why did it have a pause for a rethink and why were there so many amendments?

“There have been almost 2000 amendments made to the Bill but it is still unclear: if GPs are in control why are there commissioning support groups? Who are the groups accountable to? The Secretary of State says that the numbers of managers are being cut, but management consultants are crawling all over the NHS.

“GPs in Walsall have written to me to say that they are disengaged and uninspired. GPs have no experience of a business model of this scale and the pace of change is dangerous.

“The pre-legislative scrutiny was inside the Secretary of State’s head. It is time for the Government to realise that taxpayers, professionals and patients do not want this Bill.”

The debate arose on an Opposition motion, put forward after an e-petition on the Government’s website attracted more than 170,000 signatures. The Speaker selected an amendment tabled by 5 Liberal Democrat MPs.

You can read the Valerie’s speech in full by clicking here.