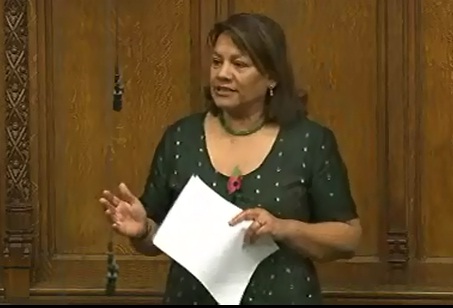 On Wednesday 2 November, Valerie spoke in the House of Commons Chamber, and called on the Government to rethink its plans to reduce the scope of legal aid.

“The Government’s Legal Aid, Sentencing and Punishment of Offenders Bill will end legal aid for 645,000 civil and family law cases every year. I have misgivings by the Bill and particulalry  the removal of welfare benefit, education and debt recovery cases from the scope of legal aid. This will affect some of the most vulnerable people in our society.

“The Health Select Committee, of which I am a member, heard that almost £800m was spent by the NHS on clinical negligence claims in 2009-10. A reduction in public funding for such cases, as well as a rise in conditional fee arrangements, has contributed to these rising costs. Legal aid for clinical negligence costs only £17m. In my view, taking clinical negligence out of the scope of legal aid will damage access to justice for victims and will add to costs for the NHS and taxpayers.

“The Legal Services Commission gave legal aid to the Nepalese Gurkhas who challenged the Government’s policy on immigration of Gurkhas to the UK. The High Court ruled that the existing policy was not sufficiently clear, and the Gurkhas won the right to settle in the UK – a very important principle concerning people who had fought and died for their country. The Commission gave legal aid to Sean Hodgson, who was wrongly convicted and was freed after 27 years. It also gave legal aid to Colin Ross, a cancer patient who won a battle in the High Court for life-saving drug treatment that could give him an extra three years of life. Mr Ross received legal aid to challenge a decision by West Sussex PCT to refuse funding for the drug he wanted.

“Legal representation is a right, not a privilege, and access to justice is an ideal we should strive for. The Government’s plans to cut legal aid will be detrimental to access to justice, which is why I am urging them to think again about these divisive proposals.”

The Legal Aid, Sentencing and Punishment of Offenders Bill received its third reading on Wednesday 2 November.