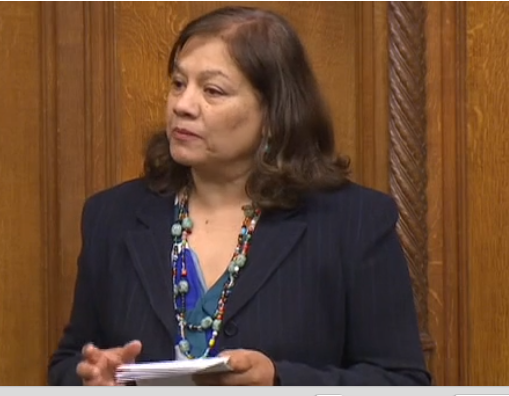 It was not long after the Back Bench Committee had granted a debate on the closure of HMRC offices, when HMRC decided on the 4 May 2016 without any consultation to bring forward the closure of the office at Pattinson House. I was granted an Adjournment Debate on Tuesday 10 May 2016.I wanted to hear from the Minister why the date for closure had been brought forward.

Here is the full text of my speech:

I should tell the House that I do not intend taking the full time available, so Members will be spared that.

I thank the Financial Secretary for coming to the House to respond to the debate. I was alarmed and disappointed that I had to apply for this debate and was granted it so soon after the debate on HMRC closures on 29 April in this Chamber. The Minister will know there has been a worrying unilateral change on the part of HMRC, which has decided to close the Walsall office on 20 June 2016. That has been brought forward, much to the shock of people who work there.

In the previous debate I referred to the tax gap—the difference between the tax owed and the tax collected. The Minister referred to it too in his summing up. In a survey undertaken in 2014, Richard Murphy said that the tax gap stood at almost £119 billion from tax evasion. That figure has not been challenged, and that is the scale of the amount of tax that needs to come back into the public purse. We need to collect that in order to pay for everything the Government have invested in public services.

Today I hope to persuade the Minister of the case for retaining the office and dealing urgently with the issues of HMRC staff in Walsall. What happened to the Walsall office at Pattinson House offends British values and natural justice. Under “Building our Future” it was announced in November 2015 that the office was to close by March 2017. Then on 4 May HMRC decided that all personal tax staff were to be compulsorily moved to Birmingham some six weeks later, on 20 June 2016. A collective grievance had been brought against the office, and many staff fear that this announcement may be a reprisal for the collective grievance and a petition. I am pleased to see my hon. Friend the Member for Walsall North (Mr Winnick) in the Chamber. He and I were in the town centre that day and we saw how the public responded to the petition: some 500 signatures were collected in about an hour and a half, supporting the retention of the office. I do not believe I have had a response to the petition from the Department or from the Select Committee.

The grounds for the collective grievance were that HMRC failed to follow Cabinet Office redundancy protocols, including moving the administrative assistants into redundancy procedures unnecessarily; HMRC denied trade union representation in one-to-one discussions with staff about whether they could practically travel to Birmingham; HMRC failed to carry out an equality ​impact assessment for the closure; HMRC refused to offer staff the opportunity to move to sites other than Birmingham, despite alternative sites being more accessible for some staff; HMRC ignored evidence of increased journey times for Walsall staff, in favour of an unproven use of a variant of Google Maps to estimate journey times; and HMRC refused to subject the closure plans to parliamentary scrutiny or to accept accountability for them. HMRC eventually responded to the grievance, but only to claim that it failed to meet the Department’s test of a legitimate grievance. HMRC refused to investigate the grievance under the Department’s procedures.

It cannot be right that the guidelines have not been followed and that the closure has been brought forward to June. The Minister has said in written answers and to the House that HMRC had given a commitment to staff that they would have a one-to-one meeting with their manager to discuss their options at least one year ahead of their office closure. That clearly has not happened in the case of Walsall. He also said that changing locations was not cutting staff, but the staff in Walsall have been given no choice and some are being made redundant. The Minister has also said that it is an operational matter, but who is the executive of HMRC accountable to? When the Minister said that the Government had asked HMRC to reduce costs, that is a policy matter, not an operational matter. The Minister said that the change would make it quicker and easier for taxpayers to report and pay their taxes online. Does that include those who have offshore accounts?

There are still appeals outstanding. Those who are out of scope for a move do not know what will happen to them. There are still concerns about travel support. The Public and Commercial Services Union has not been consulted. It was just told that a resource planning project had been announced. Now staff have been given six weeks to reorganise their lives and their caring responsibilities, when they were expecting that period to be almost a year.

I want to touch on the impact on Walsall. Walsall South has consistently higher levels of unemployment claimants than the rest of the region and the UK—4.4% of constituents claimed unemployment benefits, compared with a UK-wide figure of 2.5%. An assessment by Coventry City Council suggested that with the loss of quality jobs, almost £1.5 billion would be taken out of the local economy—a figure that I have cited before. Walsall South cannot afford to lose such a sum

The sad thing about this case is that the majority of the employees are women. The vast majority have worked in the Walsall office for 15 years, and some have worked there for over 30 years. Their average age is 50—yet again, we have women of a certain age being discriminated against, and those with long service and knowledge being ignored. This will have a huge impact on their lives.

Where are the consultation, discussion and negotiation that are the bedrock of a civilised society? Will the Minster look at why some redeployment appeals are still outstanding? It is not clear how many people fall within the requirements regarding reasonable daily travel to Birmingham. What is the position of those who are out of scope? Could staff be offered redeployment in a nearer office, such as Wolverhampton? Could the three administrative assistants be offered promotion? Could long-serving staff be offered enhanced early retirement?

It is in everyone’s interests to have a modern, fit-for-purpose office and up-to-date facilities—the Minister, I and everyone else agree on that. However, I would ask him not to close the office. Given the length of experience there, new work can be taken on. That would save money on rent and relocation.

The staff at Pattison House have given all these years to their country, and there is an accountability issue in terms of HMRC as a non-ministerial Government body. If HMRC is accountable to Parliament, the Minister should be able to look at the reasonable suggestions I have made. He may say that this is an operational matter, but that means that he is powerless in the face of an important department, and HMRC is not then accountable to Parliament. That would make a mockery of the Prime Minister’s anti-corruption summit, which will be held on Thursday, because HMRC should be focusing its efforts on closing the tax gap, not closing offices. There will be no one in HMRC offices with local knowledge who can assist the public to pay their taxes without the help of accountancy or legal trickery.

I hope the Minister will respond positively for the sake of the staff and their families. We owe that to them for their years of public service.