HomeNewsValerie calls for an urgent debate on the Land Registry

Valerie calls for an urgent debate on the Land Registry 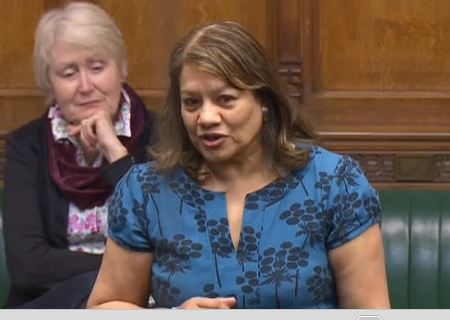 I have been contacted by many of my constituents opposed to the provisions to privatise the Land Registry. At Business of the House on Thursday 26 May 2016, I raised this important issue with The Deputy Leader of the House of Commons, Dr Thérèse Coffey MP.

Valerie Vaz MP: ‘May we have an urgent debate on the Land Registry? Many people are opposed to its privatisation, so may I have an assurance from the Deputy Leader of the House that that will not be sneaked into the planning and infrastructure Bill and the Land Registry therefore sneaked out of the ownership of the British public?’

Dr Coffey MP: ‘It is not a case of the Government sneaking things in, as the hon. Lady suggests. We have a very transparent process. We have set out our agenda for the next year, and she will have the time to debate that issue as and when it arises.’

In my view, The privatisation of the Land Registry is not in the public’s best interest. The New Economic Foundation report for the campaign group ‘We Own It’ found that selling the Land Registry would mean the British public would start to lose money in 25 years’ time. The Land Registry has also made a surplus in 19 of the last 20 years and paid back £120 million to the public purse last year. The short term economic profit to the Chancellor from privatising the Land Registry simply do not outweigh the long term effects that this will have on the UK.

Privatisation would mean that important data such as title deeds and mortgage deeds are at risk. The Land Registry holds 24m titles for the ownership of properties across England and Wales. This data should be protected by the state, not in the hands of a private company whose accountability is to shareholders. Government safeguards are not enough. Assurances on state guarantee and fees are not backed up. A private company, seeking to maximise profits, would inevitably put up fees to achieve this. Once privatisation has taken place, there is nothing to prevent a further sale, potentially to a hedge-fund or foreign company.

Privatisation of the Land Registry would also increase corruption across the UK, according to a senior adviser to the World Bank. Earlier this year the Prime Minister declared that “there is no place for dirty money in Britain… London is not a place to stash your dodgy cash”, yet the privatisation of the Land Registry would make the London property market even more opaque and open to abuse.

The Open Data Institute has warned that the Land Registry would be open to fraud and manipulation if sold into private hands. HM Land Registry would not be subject to the Freedom of Information Act so crucial information about tax dodging deals could be lost. In order to truly clamp down on corruption and ‘dirty money’, openness and transparency of the London property market is essential. It is particularly concerning to read reports that the companies bidding for the Land Registry are directly linked to offshore tax havens.

Transparency, impartiality and accountability are not commodities to be traded for short term profit. Plans to privatise the Land Registry are further evidence that the Government is not acting in the best interest of the public. I will oppose these plans. I have also signed David Lammy MP’s letter to the Prime Minister and the Secretary of state for BIS.