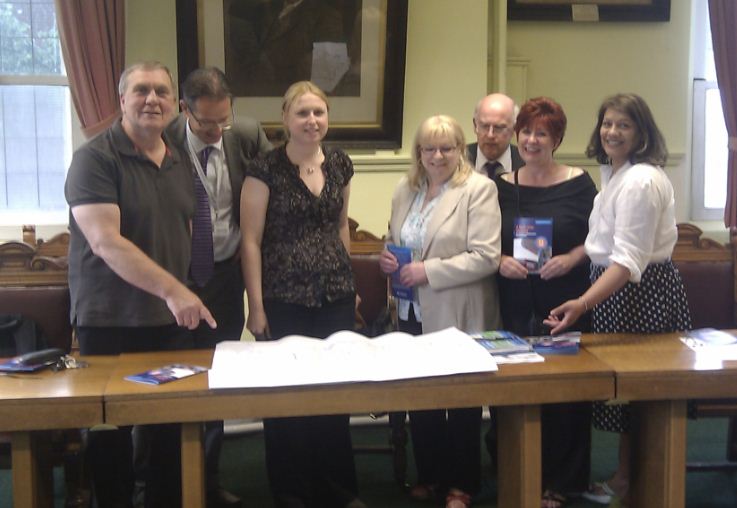 Valerie has welcomed the  news that the 639 bus service from Kings Hill in Darlaston to Walsall Manor Hospital and Walsall Town Centre is to be restored, two and a half years after it was withdrawn. Centro, the West Midlands transport authority, announced the move as part of their West Walsall and Wolverhampton Bus Services Review.
The new service, renamed as the 38, will be introduced on Sunday 24th July 2011, with services scheduled to run every 20 minutes. The move follows years of campaigning by local residents, local councillors and Valerie.

After the withdrawal of the 639 service, residents had to catch a combination of three busses in order to travel from Kings Hill to Walsall Manor Hospital. In January 2011. Valerie presented a petition to Parliament asking for the service to be reinstated.
On Friday 1st July Valerie, joined by local councillors and residents, met with Babs Coombes and Chris Perry from Centro to discuss the outcome of the review in detail and how to secure the new 38 service for the long term.
Valerie said:
“I am delighted that Centro and National Express West Midlands have decided to replace the 639 service. The introduction of the 38 and with more frequent services means that residents of the Kings Hill Estate will now be able to travel to Walsall Manor Hospital and Walsall Town Centre with far greater ease than ever before.”
“I will now be working to ensure that the long term future of the 38 service is secure. I would encourage everyone in the Kings Hill area to use the new service as much as possible to make sure that it is able to run in the future.”