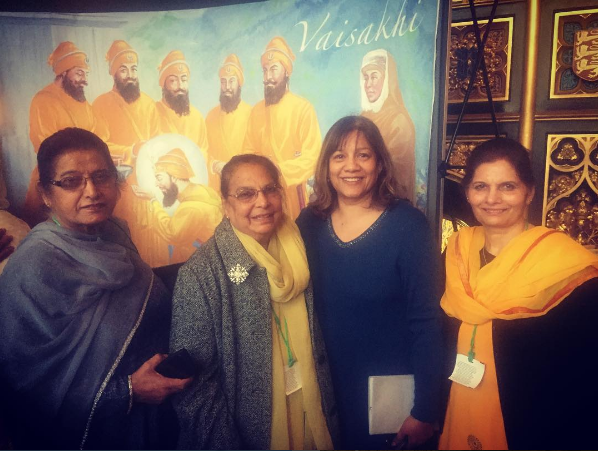 I attended the Vaisakhi celebrations in Parliament on Tuesday 18 April 2017 organised by Pat McFadden, Labour MP for Wolverhampton South East. Sikhs from the Black Country and across the country attended Mr Speaker’s apartments to celebrate Vaisakhi, one of the most important dates in the Sikh calendar. It is the Sikh New Year festival and it also commemorates 1699, the year Sikhism was born as a collective faith.

In 1699 the tenth guru, Guru Gobind Singh, chose Vaisakhi as the occasion to transform the Sikhs into a family of soldier saints, known as the Khalsa Panth.

On the eventful day, over 20,000 Sikhs had assembled before the tenth Guru in Anandpur Sahib, Punjab. He asked who was ready to step forward and be counted; to lay down his or her life in a dramatic test of courage, trust, loyalty, sacrifice, and allegiance. In response, one by one – out of a bewildered multitude – five men volunteered themselves. Each volunteer was escorted by the Guru, and all five Sikh emerged ‘resurrected’, dressed in new and identical garb, adorned with dastars (Sikh turban) and the five Kakars (the kes, kanga, kara, kirpan, kashera) – see picture below.

The Vaisakhi festival is marked with Nagar Kirtan processions through the streets (nagar means “town”) which form an important part of Sikh culture and religious celebrations. Kirtan is a term meaning the singing of hymns from the Guru Grath Sahib, the Sikh holy book. Celebrations always include music, singing and chanting scriptures and hymns.