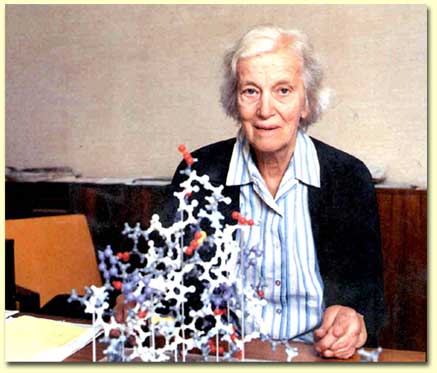 Over the coming months Valerie will be raising awareness of the important contributions of women in science and calling on the government to support young people, specifically young women, working in scientific fields.
Valerie said:
“I want to recognize women’s contribution to our scientific knowledge by publishing the achievements of several significant female scientists. Over the next few months I will highlight a woman scientist by tabling an Early Day Motion (EDM) and post a short biography of their lives on my website. This will show young people how these extraordinary women have overcome obstacles and celebrate these pioneering role models. The first in the series is Dorothy Hodgkin, the only British female scientist to win a Nobel Prize in Chemistry.”
“Dorothy Hodgkin was awarded the Nobel Prize for her work in the field of X-ray crystallography which allowed her to discover the structure of penicillin. Dorothy was born in Cairo and became interested in chemistry from a young age and was one of only two girls allowed to join the boys doing chemistry at school. She went on to study Chemistry at the University of Oxford before moving to Cambridge University to undertake research and gain her PhD. Dorothy returned to Oxford where she remained for the rest of her career and made her Nobel Prize winning discoveries.”
Valerie’s EDM on Dorothy Hodgkin and Women in Science:
“That this house recognises and commends the contribution to science by Dorothy Hodgkin; notes her outstanding work in the field of X-ray crystallography; further notes her discovery of the structure of penicillin for which she was awarded the Nobel Prize in Chemistry 1964; believes that as a pioneer for women in science she is a role model for young people, particularly young women, interested in and working in scientific fields; calls on the government to do more to encourage and support the work of women in science.”