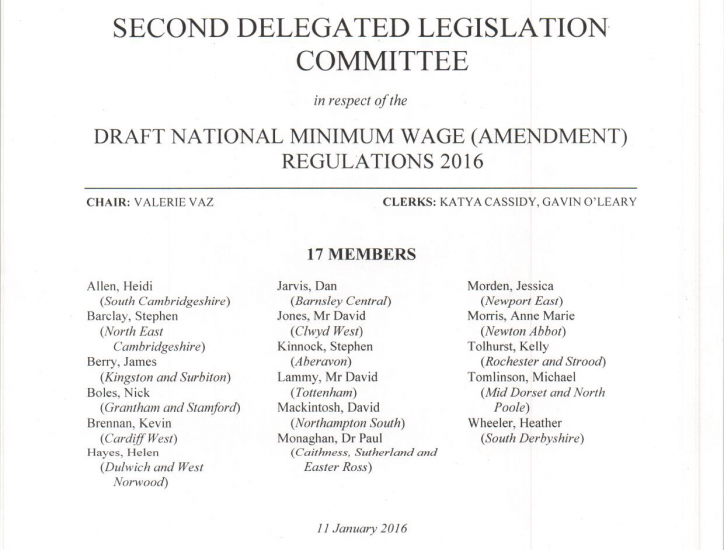 I have been a member of the Mr Speaker’s Panel of Chairs since June 2015. On Monday 11 January 2015, I chaired the Second Delegated Legislation Committee on the Draft national Minimum Wage (Amendment) Regulations 2016.This proposed legislation comes into force on April 4 2016.

-provides for the National Living Wage to be calculated by adding together the living wage premium and the main national minimum wage rate;

-amends the percentage figure which is used to calculate the financial  penalty imposed for underpayment of the national minimum wage.

In the statutory instrument the following rates were set out:
Workers who qualify for the national minimum wage at a different rate

Question put and agreed to.
Resolved, That the Committee has considered the draft Minimum Wage (Amendment) Regulations 2016