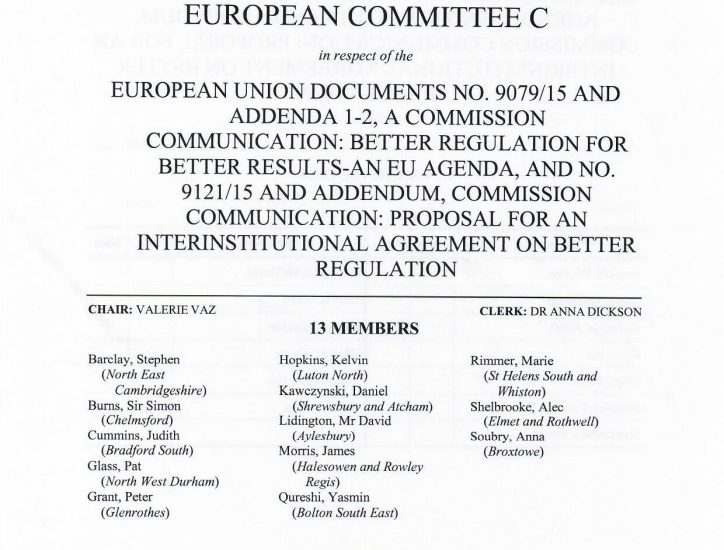 On Monday 8 February 2016, I chaired European Committee C which considered:

The Commission’s Better Regulation Package is an attempt to refresh and take forward efforts to improve the quality of the EU. The package focueses on better preparation for legislation, increased scrutiny and increased consultation.

The main elements of the package are:

– The production of ‘roadmap’ and ‘inception impact assessments’ at an early stage of formulating legislation to permit citizens and stakeholders to provide views before drafting of legislation begins.

– A strengthened Regulatory Scrutiny Board including independent members to examaine the fitness of proposed legislation.

– Greater transparency of the preparation of EU subordinate legislation.

The Committee recommended these documents for debate because the package is importantly could affect scrutiny of EU legislation. The Better Regulation also features in the UK’s current renegotiation of its relationship with the EU.

Anna Soubry MP and David Lidington MP spoke on behalf of the Government.