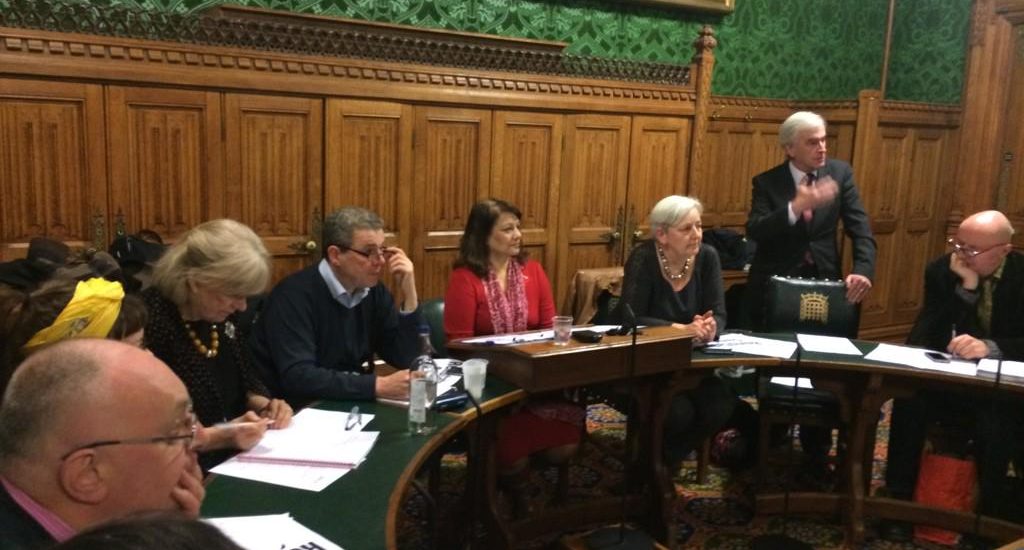 On Tuesday 10 February 2015 Valerie chaired a PCS meeting to stop the transfer of the staff at the National Gallery to a private company.
Valerie said:
“The Committee room was packed with supporters of Candy Udwin the sacked PCS representative who was just doing her job trying to negotiate a settlement. The meeting heard from Polly Toynbee, the Guardian columnist who wrote a brilliant article on the dispute; the General Secretary of the Public and Commercial Services Union Mark Serwotka who pledged the backing of the Union for the staff and Candy. My coleagues John McDonnell MP, Chair of the PCS Group and Ian Lavery MP spoke. The meeting was also attended by Graeme M Morris MP and Jeremy Corbyn MP.”
” We also heard form Bob and Roberta Smith, the artist who has links to our own New Art Gallery in Walsall, Daisy and Olivia who drew our attention to their own disputes. at the Ritzy Cinema and The Dulwich Picture Gallery which is under threat of 50 % cuts and whose education programme will suffer. The meeting heard that the living wage is not paid at the National Gallery. Organisations like this should be leading the way for others. We also heard outstanding contributions from the floor and those who have also been in other disputes and other unions such as Unite, Unison and SERTUC who brought messages of solidarity. “
“The in-house staff provide an excellent service to the millions of visitors each year. This would be lost if these jobs were privatised and new people brought in.”
After this meeting Valerie tabled an Early Day Motion on the transfer of National Gallery staff to the private sector:
‘That this House condemns the decision by the National Gallery to transfer 400 of its 600 staff to the private sector; notes that these staff are responsible for the security of the paintings and the public and provide information about the collection to the Gallery’s millions of visitors each year; is concerned that the National Gallery is the only major museum or gallery that does not pay the London Living wage; further notes that over 40,000 people have signed a petition that demands that the National Gallery remains a public service and the privatisation should be halted; calls on the Government to intervene in the case of Candy Udwin, who has been suspended for allegedly breaching commercial confidentiality for drafting a question for the Public Commercial Services Union to ask about the cost of a private company, CIS, which has been brought in temporarily to take over the services of a third of the staff while negotiating at ACAS; further calls on the Department for Culture, Media and Sport to review the running of the Gallery; and further calls on the Government to ensure that funding is in place so valuable skills, knowledge, experience and dedication of the current staff of the National Gallery are not lost.’