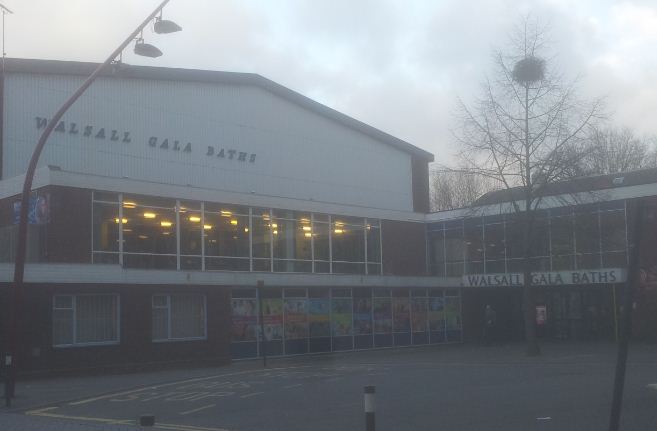 Valerie is calling on Walsall MBC to listen to the views of residents on the future of Walsall Gala Baths.
Valerie said:
“At a time when we should be looking to secure the long term sporting legacy of London 2012, the Council’s decision to cast doubt on the future of Walsall Gala Baths is simply extraordinary. The Baths are home to the only brine pool in the West Midlands, which is valued by many of my constituents for its health benefits. Last year we celebrated the success of Paralympic Gold Medal winning swimmer Ellie Simmonds, herself a Walsall resident, and 6 months later Walsall MBC has cast doubt on the future of the Borough’s flagship swimming baths.”
“Having a flagship swimming pool in the town centre shows that sport and fitness are valued in Walsall and are important to the life of the Borough. This is especially important given that 27.8% of adults in Walsall are classed as obese and only 7.8% of adults are physically active. To close the Gala Baths sends the wrong message about the importance of health, sport and exercise in the Borough.”
“The Baths are located near to several car parks and there is parking for blue badge holders immediately outside the front door. They are also close to both Walsall Bus Station and the Bradford Place Bus Interchange which means that residents can travel using public transport from across the Borough without having to change buses. It is crucial that Walsall Town Centre offers a variety of attractions to bring people in and boost the local economy. Closing the Gala Baths would be wholly counterproductive.”
“The views of residents, particularly of those who use the Baths on a regular basis should be heard. It is therefore extraordinary that campaigners have to smuggle the petition into the changing rooms in their swimming costumes. I call on Cllr Bird to listen to the views of residents and let them have their say. Banning petitions does not belong in a democracy.”