Valerie highlights the impact of “Bedroom Tax” in Walsall South 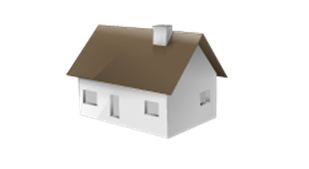 Valerie has criticised the introduction of the “Bedroom Tax” in Walsall South after figures from the National Housing Federation revealed that an estimated 1,434 households in Walsall South will lose out following the changes to housing benefits.

“The figures released by the National Housing Federation show that the ‘Bedroom Tax’ risks having a devastating impact on around 1,434 households in Walsall South. It is estimated that households with 1 spare room will face a bill of approximately £566 extra a year and those with 2 spare rooms will have to pay approximately £1,010 extra each year. At a time when wages are frozen for many people, the cost of living is increasing rapidly and benefits are being capped, it is difficult to see how those affected are going to be able to make ends meet.”

“There are confusing messages from the Government who on the one hand say the ‘Bedroom Tax’ relates to under occupancy of properties but on the other hand say it is to reduce the benefits bill. This has not been thought through as pensioners are exempt even though they are the most likely to live in under occupied properties.”

” I raised the case of foster carers in the House of Commons on 7 February 2013. As well as foster carers the bedroom tax affect parents who do not live with their children every day but need the extra room to support family life. Foster carers will lose 14% of their housing benefit if they are fostering one child who has their own room, and 24% if they are fostering two or more children with their own room. Fostered children do not count as part of a household for benefit purposes.