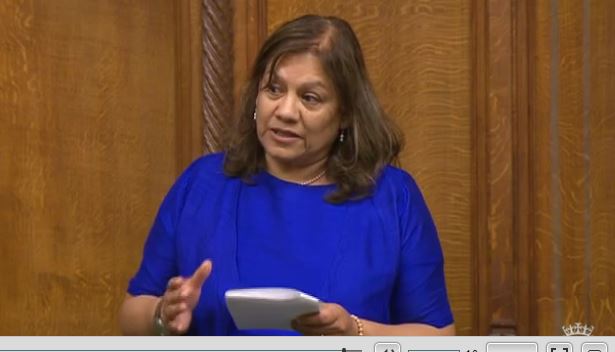 On Monday 27 June 2016, I secured an Adjournment debate on Student Loan Repayments. Here is my speech:

This debate comes against the backdrop of the tumultuous events that took place in the UK following the referendum last Thursday. I applied for the debate before that time, so I am grateful I was granted it and I am here today. I also want to thank the Library for providing timely responses to some of the queries I had.

Just before the historic vote on the EU, students were receiving statements of their loans with a total figure that left many of them in shock. On a loan of £27,000, the figure was £45,000. I want to acknowledge the fact that young people between the ages of 18 and 25 voted overwhelmingly—by 75%—to stay in the EU, so we need to make sure we do not forget them and their future.

I want to focus on the regulations, the threshold and concerns about the contract. The regulations that brought in the changes to the threshold and interest rates were enacted in 2012. They were the Education (Student Loans) (Repayment) (Amendment) (No. 2) Regulations, which came into force in June 2012, so the first students to take up the loans affected by these regulations have just graduated. In those regulations tuition fees were trebled, a higher threshold of £21,000 was established, above which the loan had to be repaid, and a new maximum rate of interest for the loans was set, using the retail prices index plus 3%. Not content to treble tuition fees, the Government in the summer Budget of 2015 froze the threshold of £21,000. I shall focus on that threshold.

In November 2010 the then Minister, David Willetts, made a statement in which he said:

“We will increase the repayment threshold to £21,000, and will thereafter increase it periodically to reflect earnings. The repayment will be 9% of income above £21,000 . . .raising the threshold will reduce the monthly repayments for every single graduate.”—[Official Report, 3 November 2010; Vol. 517, c. 924.]

Why did the Government do that in the face of all the evidence? Is that not a prima facie case of misleading Parliament? In his statement Minister Willetts said that he would increase the threshold, yet the Government acted against all the evidence and the consultation responses. The Government’s own figures on the repayments show the inequity of this. The new scheme is far from progressive, as some Ministers claimed. Graduates earning £21,000 to £30,000 will have to pay £6,100 more, those earning over £40,000 will pay only £400 extra, and those on £50,000 will pay only £200.

I do not call the figures that I have just given progressive, nor does the Institute for Fiscal Studies, which found that the impact of freezing the threshold was that the largest increase as a proportion of earnings was among lower earners. Can the Government explain why they have chosen to make the student funding system less progressive by removing the central elements of the 2012 reforms?

What of women, black, Asian and minority ethnic and disabled graduates? They are most likely to be on salaries in the region of £21,000 to £30,000. The Government have acknowledged that. Let me give an example. In the 2013-14 cohort, 8,000 more women than men were paid in that range six months after graduation, and 51% of BAME graduates were employed on salaries in that range, compared with 45% of their white graduate counterparts. What measures have the Government implemented to mitigate the disproportionate effect on those on low incomes, women, disabled graduates and BAME graduates? Those groups earn less than other graduates, so they are more likely to be middle earners—those who face the largest absolute increase in repayments.

What of prospective students in the nursing profession, who could be deterred by high levels of debt? The Royal College of Nursing is concerned about the change to a loans-based system, which will leave many nursing students with debts of £60,000 for a three-year degree. We are desperately in need of nurses from this country who are trained and qualified in this country.

The National Union of Students, which represents more than 95% of all higher education and further education unions and more than 7 million students, has expressed concerns. First, the repayment threshold will not increase in line with earnings, so students have to start repaying their loans on a lower income. Secondly, those on lower incomes pay more than they otherwise would. Thirdly, the NUS is concerned about the Government ​being able to change terms retrospectively and about the impact that that would have on existing borrowers, which the union says sets a terrifying precedent.

Under the new 2012 system, however, interest rates can vary across the lifetime of a loan, with one rate while the student is studying, another rate when they graduate but are under the repayment threshold, and another rate when they are over the threshold. That is a complicated system, unlike the one described by the hon. Member for Strangford (Jim Shannon), which is much clearer. How can a 17 or 18-year-old be expected to understand these terms, particularly when the table of circumstances is not set out in the contract or attached to it, and students receive no financial advice?

We are told that the guidelines and terms are set out in a separate publication, and the students are told to look at the documents online. The information that is provided and the representations that are made that lead them to sign the contract could be a form of mis-selling. The contract terms could be described as unfair or as “void for uncertainty” because it is not clear on the face of the contract what the student is signing up to—there are no clear terms regarding exactly what they have to repay.

Nor is any financial information provided—for example through a financial adviser. When we take out a mortgage, we have someone sitting down in front of us explaining everything. The students are not given that, but they are expected to sign up to paying back a loan—in some instances, of £45,000. We need to be able to protect our young people.

Worse still, student loans are not subject to financial regulations and consumer protections, as is the case with other loan agreements. That must change, and I say to the Minister that there is an opportunity in the Higher Education and Research Bill to add that extra regulatory protection.​

What assessment have the Government made of the exemption of student loan agreements, unlike other loans, from consumer credit protection? Why do the Government not want to protect our young people? Can the Minister confirm whether there are any plans to alter other terms and conditions of the student loans given to existing borrowers? It cannot be right that the Bank of England base rate is 0.5%, when students are paying RPI plus 3% on their loans. How can we treat our young people, who are the future, in this way? No wonder they are bewildered, confused and upset.

A Minister comes to the House to say that there will be an increase in the threshold, and the Government ignore it; the consultation gives an 84% response and the Government ignore it and press ahead with the proposal; and a young person has to sign a form with contract terms in another document online, with three rates of interest. Students should not be burdened by debts but should enjoy the benefits of their hard work and achievements.

The National Union of Student’s response to the freezing of the repayment threshold can be found here: http://www.nus.org.uk/en/news/nus-responds-to-freezing-of-student-loan-repayment-threshold/