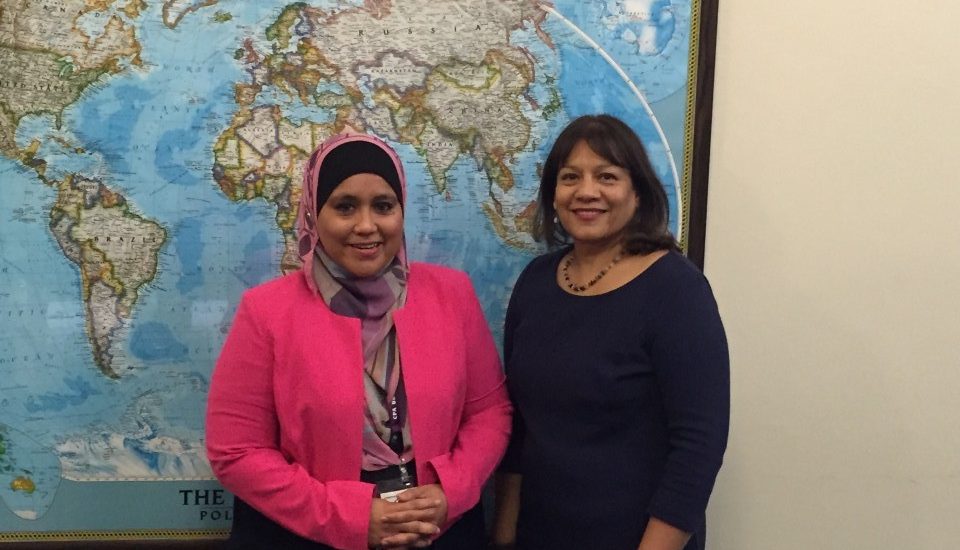 On 15 September 2015 I was pleased to welcome Datuk Mas Ermieyati Binti Samsudia MP and Deputy Minister of Tourism and Culture in Malaysia to the House of Commons.

The Commonwealth Parliament Association UK ( CPA) hosted a delegation of women parliamentarians from the Women’s Parliamentary Caucus of Malaysia which was established in 2008 to promote gender mainstreaming in Malaysia. Women account for only 10.4% of the total MPs in the House of Representatives there. The delegation where exploring means of capacity building a drawing on the experience of women parliamentarians in the UK. Their programme included hearing Prime Minster’s Questions.

The programme also included shadowing an MP and I was delighted to show Ermi the work that I do in Parliament. We had a brief tour around Parliament on my way to my office and then I explained how I do my job as an MP in Westminster and dealing with constituents in my constituency of Walsall South. This included opening the post, dealing with constituent’s queries and I showed Ermi my email inbox including drafting a question I was tabling.

For more information about the CPA click here: www.uk-cpa.org