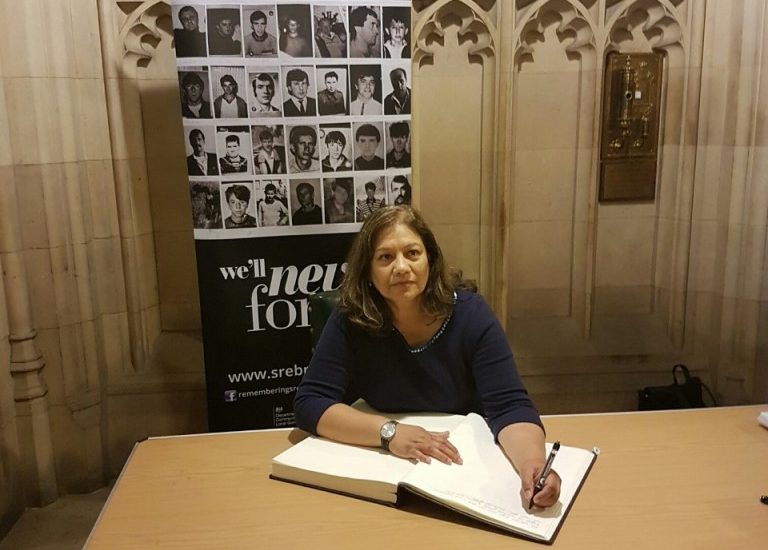 Monday 11 July 2016 was the 21st anniversary of the worst atrocity on European soil since World War Two when over 8,000 men and boys were murdered because of their faith.

I signed the Srebrenica Memorial Book of pledges to remember those who were brutally murdered in the genocide of Srebrenica in 1995 and those who were left behind to grieve their loss, and who rebuilt their lives with courage and dignity including the women and girls who were brutally raped as a weapon of ethnic cleansing to reflect on the importance of speaking out against hate.