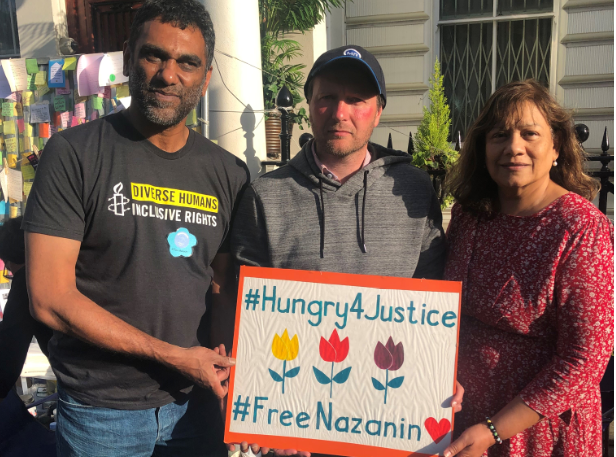 I met Richard Ratcliffe and Kumi Naidoo, Secretary General of Amnesty International, outside the Iranian Embassy when Richard was on the 13th day of his hunger strike.

I told Richard that I would raise Nazanin Zaghari-Ratcliffe’s case at Business Questions every week until she is free.

Amnesty have been campaigning for Nazanin’s release from prison – over 200,000 people have signed their petition calling for the Iranian government to #FreeNazanin.

You can find out more about Nazanin Zaghari-Ratcliffe and the work of Amnesty International here. [https://www.amnesty.org.uk/actions/help-get-nazanin-zaghari-ratcliffe-home]