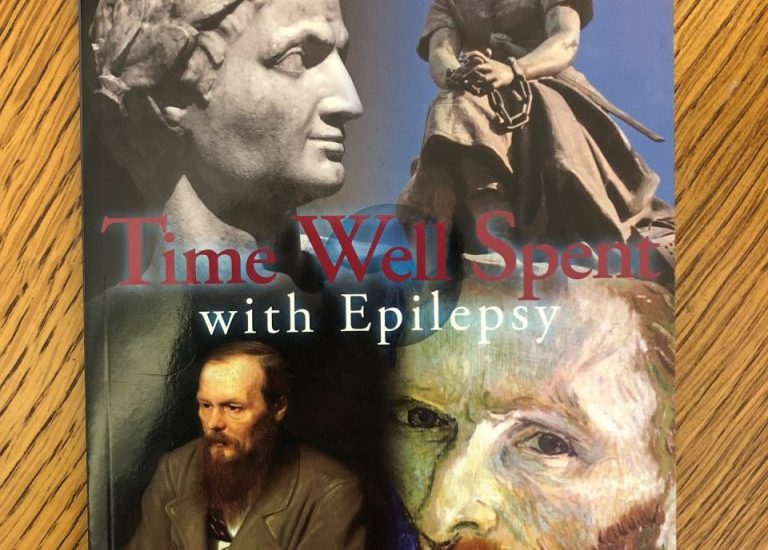 It was great to meet Epilepsy Action trustee and author Stephen Timewell who has published his third book “Time Well Spent with Epilepsy”.

“Time Well Spent with Epilepsy” chronicles Stephen’s experiences living with epilepsy, travelling and working across the globe over six decades. Stephen has written about his experiences to highlight and demonstrate, along with the struggles surrounding the condition, that epilepsy is not necessarily an obstacle to a person’s progress through life.

Stephen believes that people can have successful careers and lives despite the downsides of epilepsy like the four historical characters on the front cover of the book – Julius Caesar, Joan of Arc, Fedor Dostoevsky and Vincent Van Gough – who are all understood to have had epilepsy.

Stephen talks about how epilepsy is a curious and often misunderstood chronic disorder of the brain that affects approximately 50 million people across the globe in a variety of ways. Besides the medical impact, the prejudices and social stigma that surround epilepsy worldwide are often more difficult to overcome than the seizures themselves.

All proceeds from the sale of this book will go to Epilepsy Action.