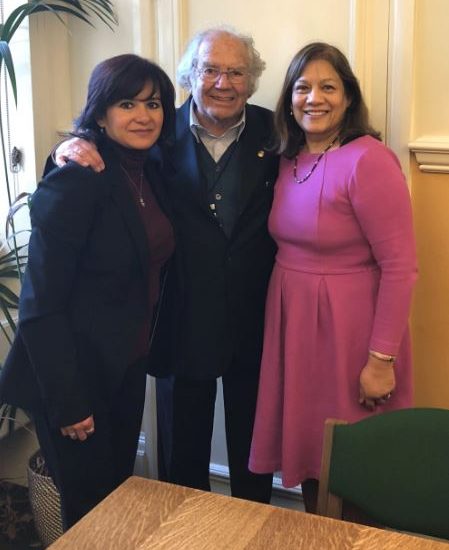 It was an honour to meet Adolfo Pérez Esquivel on Wednesday 7 February. Pérez Esquivel was awarded the Nobel Peace Prize in 1980 for his criticism of the Argentina’s last civil-military dictatorship (1976-1983) during which he was detained, tortured, and held without trial for 14 months.

In 1983, the civil-military dictatorship was thrown out and members of the dictatorship were brought to trial. Today Pérez Esquivel continues his work with SERPAJ, a human rights non-governmental organisation in Latin America, including a campaign calling for a cancellation of the debt of third world countries.