HomeNewsValerie meets with the Speaker and Members of the Kenyan Senate

Valerie meets with the Speaker and Members of the Kenyan Senate 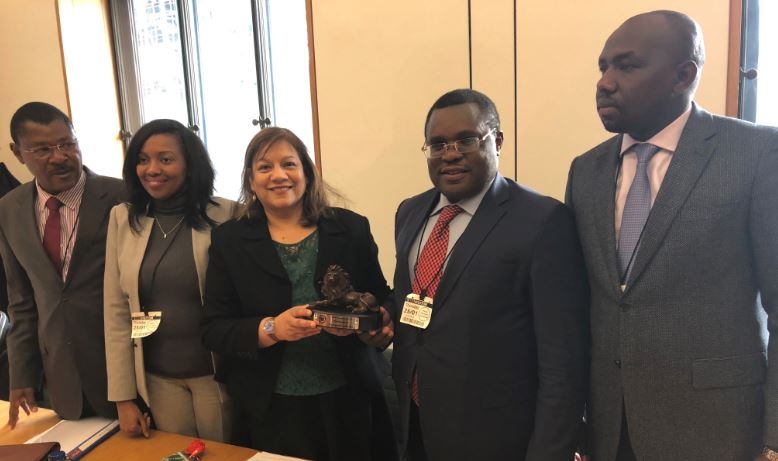 It was a pleasure to meet the Honourable Speaker of the Kenyan Senate Kenneth Lusaka and a delegation of Members including Senate Majority Leader Kipchumba Murkomen and Senate Minority Leader Moses Wetangula in Parliament on Thursday 25 January 2018.

Honourable Kenneth Lusaka was elected Speaker of the Kenyan Senate on 31 August 2017. Prior to his election, he served as the first Governor of Bungoma County on the 4 March 2013.

The Kenyan Senate delegation arrived in the morning to observe the House of Commons Chamber during Business Questions where I stood at the Despatch Box to raise various issues with the Leader of the House.

Afterwards I had the opportunity to meet with the Kenyan Senate delegation to discuss my role and responsibilities as Shadow Leader of the House. We also discussed the Restoration and Renewal of Westminster which MP’s will be debating in the House of Commons Chamber on Wednesday 31 January 2018.

At the end of the meeting the Kenyan Senate delegation presented to me a lion sculpture with compliments from the Senate of the Republic of Kenya.