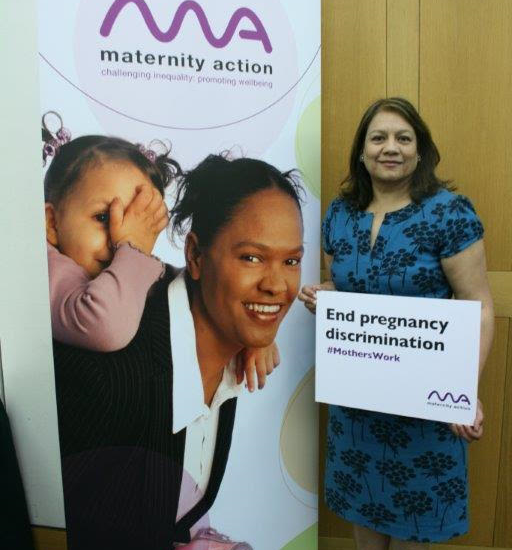 The Charity Maternity Action held a discussion to draw attention to maternity rights. The charity provides telephone advice to 2,500 parents each year. I support Maternity Action’s call to end pregnancy discrimination in the workplace. I attended their briefing on Monday 23 May 2016 at the House of Commons.

Recent research carried out by the Equality and Human Rights Commission found that around one in nine mothers reported that they were either dismissed; made compulsorily redundant, where others in their workplace were not; or treated so poorly they felt they had to leave their job; if scaled up to the general population this could mean as many as 54,000 mothers a year.

All pregnant women and new mothers are entitled to a safe and secure working environment. It is very disappointing that so many women are encountering problems at work. Organisations should recognize the contribution their female staff bring and having maternity leave should not preclude women from returning to their jobs as organisations have invested training and women want to use those skills.