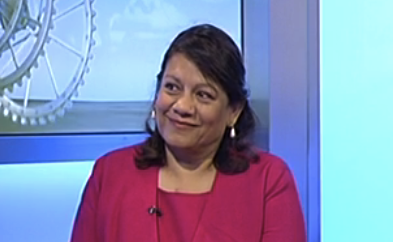 “I was a guest on the BBC Sunday Politics West Midlands Show. We discussed a range of topics from Heath and Small businesses to Cameron’s gaffe on not knowing his football team.
“As a member of the House of Commons’ Health Select Committee I saw this Government’s Health and Social Care Act dismantle the NHS. Jeremy Hunt announcing un-costed plans for Stafford Hospital which will have a knock-on effect on Manor Hospital in Walsall.”
“The Health and Social Care Act has also reduced accountability in the NHS. The Chief Executive of NHS England is unelected and the Secretary of State must take responsibility for the recent failings in the A&E and other areas of the NHS.”
“Labour will implement an integrated care system which will reduce the exit blocks that we are seeing causing delays in treatment in the NHS.”
“Labour have a good plan for small businesses. Instead of cutting Corporation Tax again for the largest firms, we will cut, and then freeze business rates for over 1.5 million smaller business properties. We will also ensure that young people can obtain apprentices and unleash their potential while also reducing university tuition fees to £6,000.”
You can view BBC Sunday Politics West Midlands here: http://www.bbc.co.uk/iplayer/episode/b05qtwx5/sunday-politics-west-midlands-26042015