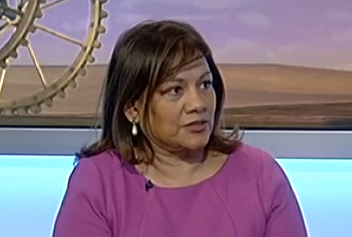 On Sunday 11 January 2015 Valerie was a guest on the BBC Sunday Politics West Midlands Show.
Valerie said:
“We covered an number of topics including the 2015 General Election, the current crisis in the NHS and the rules around anonymity in rape cases.”
“I said that it is important that each party goes into the election with manifestos that they can campaign on and not dupe the electorate on what they are promising. If there is a coalition then each party will want to make sure their commitments are party of the agreement.”
“As a member of the Health Select Committee since 2010, I’ve seen the damage that the Government’s Health and Social Care 2012 Act has done to the NHS. We need integrated care where social services are linked to the NHS. This has not been achieved by this Government and the inability to discharge patients into the community has led to the increased pressure on A & Es. Walk-in centres in the community are useful to see people who do not need to go to A & E, but still have the ability to admit the person to a hospital ward, easing the pressure on A & Es.”
“Names of those accused of rape should not be released until they have been charged by the police. These are serious allegations, but a study by the CPS found that over the 17 months in 2011 and 2012 there were 5,651 prosecutions for rape, and just 35 prosecutions for making a false allegation of rape.”
You can view BBC Sunday Politics West Midlands here: http://www.bbc.co.uk/iplayer/episode/b04vvtb1/sunday-politics-west-midlands-11012015