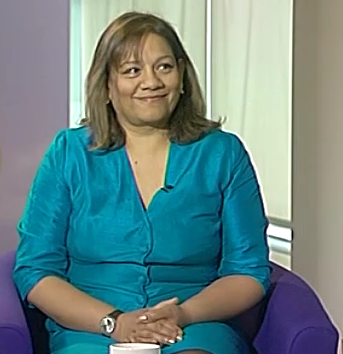 On 13 May 2012 Valerie was a guest on the BBC Sunday Politics West Midlands Show.  Topics for discussion included the continued closure of Stafford Hospital’s Accident and Emergency Department at night, the closure of rural banks in the UK and the recent public sector pension strikes.

“The A&E department in Stafford Hospital was expected to re-open in March but will now remain closed between 10pm and 8am until October 2012. A consultation on downgrading the A&E ward to an urgent care centre is underway. The Francis Report into the failings at Staffordshire Hospital is due in October 2012. There could be useful recommendations in the report and any change in the status of the A&E Department should wait until the report is published. Already 25,000 people have signed a petition to keep the A&E department open 24 hours a day. Stafford Hospital must re-open its A&E department as soon as possible so that surrounding hospitals, such as Walsall Manor Hospital, do not have to take on extra patients over a prolonged period of time.”

Valerie also commented on the closure of  banks and its impact on rural communities.

“One thousand communities have lost all their banks and fifteen communities in the West Midlands are down to their last one. Many more will continue to do so unless action is taken and this will have a disproportionate impact on vulnerable groups such as the elderly who might not be able to move to other forms of banking like internet banking. As well as making profit, banks should provide a public service as they have our money and there is no reason why these two factors cannot co-exist.  There are examples of people facilitating their bank accounts through the post office.”

On  public sector strikes, which took place on 10th May 2012, Valerie stated that public sector workers were striking to draw attention as they have to pay an extra  3%  out of their wages.

“At a time of rising living costs, this increase in pension contributions is unfairly penalising hard working people. The NHS Pension Scheme has accrued £2 billion more in contributions that it pays out. The Government needs to consider the impact on the public sector, particularly when their wages are being frozenand the standard of living has gone up.”

You can view the Midlands section of the Sunday Politics Show on BBC iPlayer by clicking here.