HomeNewsValerie pays tribute to retiring Clerk of the House

Valerie pays tribute to retiring Clerk of the House 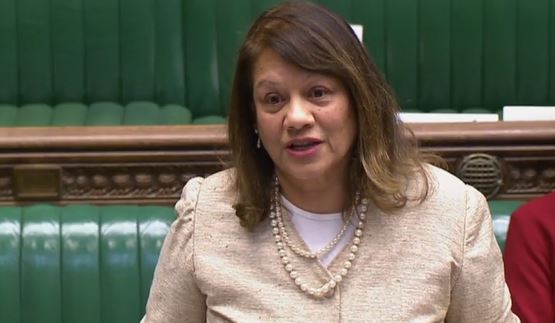 On 13 February, I responded on behalf of the opposition to the debate “Tributes to the Clerk of the House”. The Clerk of the House Sir David Natzler will be retiring on 1 March 2019, having worked in Parliament since 1975. A motion was tabled for the House to express its gratitude for David’s service. As Shadow Leader, I gave a speech expressing how valued Sir David has been throughout his many roles and long tenure at the Commons.

I want to share with the House more personal reflections on Sir David. It is a slight twist of fate, but my predecessor as Member for Walsall South, Bruce George, was close to Sir David in a number of ways. For a while, David was Clerk of his Committee, and whenever Bruce made a minor comment on a draft report and David said loudly “Oh my God”, while clapping both hands to his forehead, the Chair knew he was getting frank criticism. You do it, too, Mr Speaker, at the Commission, when you say, “David, you are frowning”.

David and Bruce played together in the parliamentary football team. I think they were probably the Laurel and Hardy of the team. I am told that David boasts of being qualified to play for every football team in the former Austro-Hungarian empire. As those who knew him will remember, Bruce played in goal. He was quite large and actually quite a good goalie, but in a recent game they played in together he did not keep a clean sheet. Unlike poor old Gordon Banks—rest in peace—he was having an off day, and David stalked up to him and said, “You’re allowed to use your hands, you know”.

As accounting officer for the House, Sir David has had to have a strong sense of value for money. When he was head of the Table Office, he used to take his staff down to Strangers’ Bar, and there would be quizzical ​looks on people’s faces, because David’s colleagues would have to whisper code words to the bar staff, such as “Borodino”, “Marengo” and “Leipzig”—he made his Table Office Clerks say the names of Napoleonic battles to bar staff so that no one else could use his tab! I wonder if the tab is still open.

The Leader of the House and you, Mr Speaker, rightly paid tribute to Sir David’s work on the Wright Committee. I managed to speak to Tony Wright, now professor of government and public policy at University College London, and former Member for Cannock Chase, and he said this:

“The fact that David was Clerk of the Select Committee on the Reform of the House of Commons was indispensable to its success. He made sure that what we said was credible and carried authority. At that time the House was in a very bad place, following the expenses scandal, and David shared my belief that one way to restore its reputation was by making changes that would make it count for more, both in terms of elections for select committees and for backbench control of its own business. The fact that these reforms have become embedded in how the House operates is a tribute to the quality of the Reform Committee’s report, and that is tribute to David himself. At a personal level, working with him was one of the most enjoyable periods of my parliamentary life. His combination of impish humour and formidable intellect made working with him a real joy. The House owes him a huge debt.”

As the principal constitutional adviser to the House and adviser on all its procedure and business, David has frequently appeared before Select and Joint Committees, and his evidence has always been highly valued. The Leader of the House mentioned the speed at which proxy voting was introduced. David did a lot of work behind the scenes to ensure that the first vote took place on 29 January. He is responsible—though not for much longer—for the 2,500 members of staff who make up the House service and Parliamentary Digital Service.

As Clerk of the House, Sir David has always striven to be helpful to staff and held several open meetings, including question and answer sessions. As well as going the extra mile himself in his daily duties, he has held tea parties to recognise staff who have gone the extra mile too. The staff have great respect and affection for him. One staff member, Dr Anna Dickson, said:

“David played an important role in setting up ParliREACH, the workplace equality network for Race, Ethnicity and Cultural Heritage in 2013. From the name to championing it at broad level over the last five years. From chairing events to open his official residence to the network and, most importantly, has been a critical friend of the Committee”.

David was one of the first volunteers to take part in the ParliREACH reverse mentoring programme, which allows junior BAME staff members to mentor a senior manager. The objective was to give senior managers an insight into the organisation and its policies from the perspective of BAME staff. He has had two such mentors, both of whom have now left the House service. He thinks he may be partially responsible.

Coming from an immigrant background himself, Sir David has always been a keen supporter of and speaker at all-staff events hosted by ParliREACH, in particular looking at the implications of Brexit for non-UK EU staff working in Parliament. He has made sure that all staff who currently work here feel confident that they will not lose their jobs. After one such event in 2016, he committed the House to supporting people financially with applying for citizenship—a bold step, as you know, Mr Speaker. David was also a regular ​speaker at ParliREACH’s Holocaust Memorial Day events, where he spoke emotionally of the terrible effects of the holocaust on his own family.

Sir David has also been a champion for the House’s talent management scheme, which aims to enable women and BAME staff to develop their potential within the organisation, and has never shied away from inconvenient truths, even when they have reflected on him. He would always find a way to help people, and to steer ParliREACH in the right direction. He has been a passionate, consistent and entirely approachable supporter. Ken Gall, president of the trade union side, has said:

“He is a decent man who has kept his humour and his humanity during some of the most challenging times in recent parliamentary history. I absolutely trust him to tell me the truth.”

Many say that David’s more detached and calm approach can be attributed to the influence of his wife, Hilary. David would be the first to pay tribute in saying that meeting Hilary, at the time a reporter for Hansard, changed him immeasurably for the better. Hilary was a daughter of the manse, and they were married at Greyfriars Kirk in Edinburgh in 1988, with Hilary’s uncle, the Professor of Systematic Theology at Aberdeen university, officiating. Theirs has been a wonderful partnership, and they have three lovely children, Robert, Beatrice and Michael. Hilary has ensured that all David’s latent kindness and decency have fully emerged. No one who encountered him in 1975 would have thought that he would end up as the DJ—sorry, sound engineer—at the Church of Scotland’s Sunday services at St Columba’s Church in Pont Street.

“Very few can match his relentless intellectual curiosity and the breadth and depth of his knowledge. He has made an enormous contribution to public life and we will miss him.”

Let me add, on a personal note, that he has always been supportive of me in my role, and, on constitutional issues and on any other matters, he has always striven to give a constructive answer. I have to say that he never sounded happier than when I spoke to him on the phone. He was overlooking the Bay of Naples, and was about to deliver a lecture to an international audience, but he still had time to deal with the matter that I had to raise with him. I must also say, on behalf of our Chief Whip and Luke and Simon in the office, that they all value his wisdom and advice at Commission meetings and at meetings with Members. He understands the nature of Parliament and the role of Members, balanced with the constitutional duties of the Clerks and the staff of the House. It was especially pleasing to see him at a “reverse mentoring” event: I actually saw him dishing out potatoes in the Adjournment dining room, wearing his pinny, while the chef, Terry, looked on in amazement.

I thank David for his friendship and his advice, and I thank him for devoting himself to the public service of the House. I thank him for serving democracy in our country, and for leaving behind the legacy of a functioning democratic institution and a legacy of investing in people, so that when others come after him, everything will be the same.

So, David Lionel Natzler, this was your life in Parliament. The whole House wishes you and your family a wonderful life outside Parliament.