As part of the Queen’s Commonwealth Canopy initiative which involves all 53 countries of the Commonwealth, I planted rowan, silver birch and a hazel saplings at Manor Hospital on 23 March 2019. Over 500 MPs have pledged to plant trees as part of the initiative. 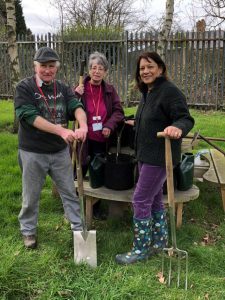 I was joined by two volunteers from Walsall Healthcare, Bill Evans and Maggie Josebury. The saplings were donated through the Woodland Trust. 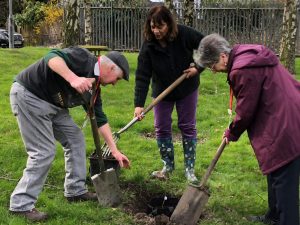 Planting more trees contributes both towards environmental sustainability and the wellbeing of the hospital’s patients. The planting of these trees also links the local area to the Queen’s Commonwealth Canopy and encourages people to look after the environment.