HomeLocal NewsValerie presents petition on graves in cemeteries in Walsall

Valerie presents petition on graves in cemeteries in Walsall 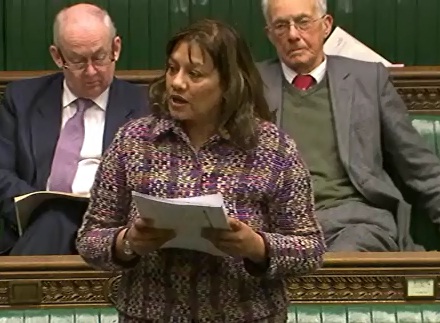 On the 1st of February 2012 Valerie presented a petition on behalf of citizens of Walsall. The petition opposed Walsall Council’s plans to remove borders around graves, which would allow lawn mowers, workmen and members of the general public to pass on top of the graves. The petition had 744 signatures.

“I have been contacted by my constituents who are concerned that removing the borders from around these graves will infringe their human rights, beliefs and dignity. I hope that the Council will take their views into account.”

The text of the petition is as follows:

“The petition from the citizens of Walsall

“Declares that the Petitioners object to Walsall Council’s plans to remove borders around all graves at cemeteries in Walsall including Streetly Cemetery, thus allowing lawnmowers, workmen and members of the general public to pass on top of the graves; declares that the Council has never objected or removed any of the borders before or maintained the cemetery as a lawn cemetery and that no consultation has taken place with the families of those buried in this and other cemeteries in the borough; and declares that the Petitioners believe that the plan to remove the borders around graves, which would allow lawn mowers and workmen to pass over graves, is an infringement of their human rights, beliefs and dignity.

“The Petitioners therefore request that the House of Commons urges the Government to take all possible steps to encourage Walsall Metropolitan Borough Council to reconsider their decision to remove borders from around graves in cemeteries in Walsall.”