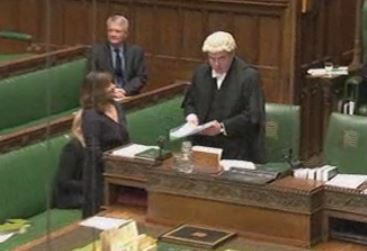 On Thursday 13 June 2013, Valerie presented a petition signed by nearly 2000 users of the Walsall Gala Baths to Parliament calling for the Baths to remain open in Walsall Town Centre.
Valerie said in the House:
“I am presenting a petition signed by 1,938 users of the Walsall Gala Baths calling on Walsall MBC to keep the Gala Baths open in the Town Centre. The strength of feeling locally on this issue cannot be ignored. The organisers had to smuggle the petition into the changing rooms after the Leader of Walsall MBC ordered it to be removed from the reception area. Nearly 2000 users of the Gala Baths have made it unambiguously clear that this unique community asset must remain open in Walsall Town Centre.”
Valerie said:
“7.7% of adults in the Borough suffer from diabetes, 27.8% are classed as obese, only 21.8% eat healthily and only 7.8% exercise enough according to Department for Health figures. It is clearly vital that Walsall MBC takes steps to encourage many more people in the Borough to exercise. Keeping the Borough’s flagship Gala Baths in the Town Centre would send the message that sports and exercise and improving people’s participation in physical activity are a priority.”
“Many users of the Gala Baths, which is home to the only brine swimming pool in the West Midlands, have contacted me to tell me that they use the Gala Baths for its health and fitness benefits. A number of my constituents have commented on how many elderly or disabled people visit the brine pool for hydrotherapy. I understand that the hydrotherapy sessions at the brine bath are so popular that there is a waiting list. Many users of the Gala Baths would suffer if they were to be closed or moved from the Town Centre.”
“Walsall MBC must not sell off or move this vital community asset which belongs to and is used extensively by the people of Walsall and the wider West Midlands.”