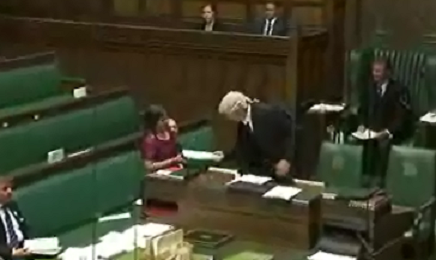 Library services in Walsall have come under increasing threat and despite receiving assurances that they will receive funding for the current financial year, their long-term future is far from secure.

Valerie has been campaigning vigorously on this issue.  She attended a protest outside Pleck Library on 5 February, Save Our Libraries Day. On 28 February she secured an adjournment debate in the House of Commons, where she raised the issue with the Parliamentary Under-Secretary of State for Culture, Ed Vaizey.

Commenting on the issue, Valerie said:

” The petition will now go to the Department of Culture Media and Sport and will also be sent to the DCMS Select Committee to be considered. The voices of Pleck residents have been heard in Westminster.”

“Libraries are an invaluable resource.  However their long-term futures are derived from cuts by the Government and local councils choosing this short term option.  The services libraries provide, especially to children, are important and it will be a blow to the community if they are lost.  If they are closed now then they will be lost forever.”